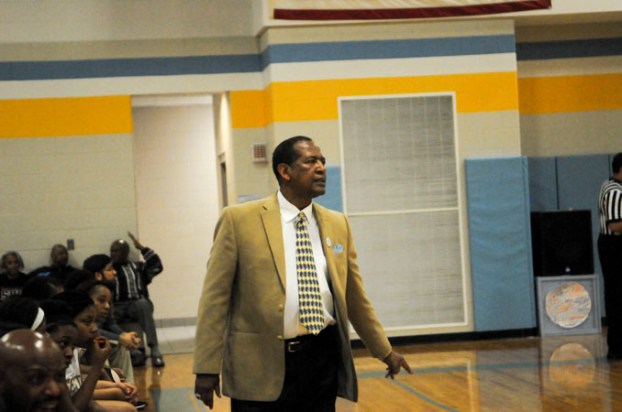 Selma High will face its toughest challenge of the season in the Class 6A Southwest Regional.

The Lady Saints (20-8) meet Blount on Friday at 9 a.m. at Alabama State University. Two victories will put Selma in the Final Four in Birmingham.

“It’s one and done, there’s no tomorrow if you lose,” Harris said. “Blount has a good team. We’ll have to show up and be ready to play. We call ourselves a small UConn and a big Tennessee.”

“If we get two or three more players to step up, we’ll be in the hunt,” Harris said. “We’ve had good practices this week.”

Parker, who’s averaging 17 points a game, said the Lady Saints are motivated to send Harris out a winner with a state championship.

Harris, who has won over 400 games in 16 years at Selma, said he’s grateful for the support.

“I want to thank the newspaper, the administration, student body and coaches for their support,” Harris said. “We’ll go to Montgomery and represent Selma High.”

Morgan Academy split its quarterfinal games at the AISA State Basketball Tournament on Wednesday at the Cramton Bowl Multi-Plex in... read more