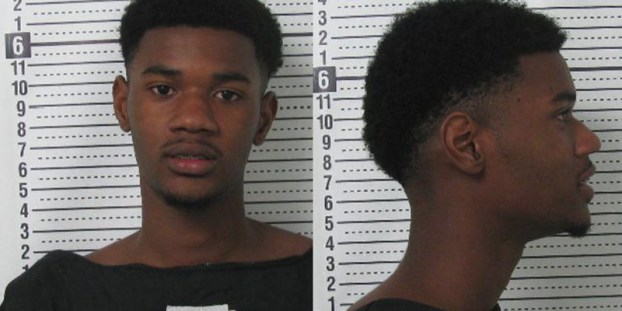 According to a release from the SPD, Webster was part of the robbery spree that occurred on Tuesday, Feb. 5, that began in Valley Grande and resulted in the arrests of Rayford Mitchell and Tamica Hall.

According to Collier, the three suspects carjacked a victim while armed with an AK-47.

The suspect also allegedly robbed an individual at Winn Dixie on Dallas Avenue in Selma, according to reports.

The suspects’ vehicle was then spotted on Citizens Parkway shortly after the robbery by an alert patrol sergeant.

Mitchell and Webster fled the scene on foot, while Hall was taken into custody.

Additional officers spotted Mitchell, who was armed with a 9-mm pistol and pursued him on foot, according to reports.

Collier said Mitchell was chased into Addison Way Apartments, where one of the officers chasing Mitchell fired one shot at him when he came to a fence behind the apartments.

Collier said Mitchell was not struck but did surrender to patrol officers.

“The Selma Police Department has been in contact with Tyre Webster’s family and he has been given several opportunities to surrender.  Webster has refused to peacefully surrender.  So, at this time, Selma PD considers him armed and dangerous and he is actively evading law enforcement,” Collier said.  “He has used a ruse of surrendering on several occasions.  He has even lied to his family about his plans his plans to turn himself in.  So, considering the violent crime spree that he participated in and the fact that he fled from law enforcement, we have no choice but to treat him as a threat to public safety.  We are committed to doing everything in our power and utilizing every resource to take Webster into custody.  Our message is clear; we will not allow this dangerous individual to hurt any citizen of our community or one of our officers.  Additionally, we will charge anyone that aids or abets him in avoiding detection.”

Anyone with information regarding Webster is encouraged to call Selma CID at (3340 874-2125), Dallas County Crime Stoppers (334) 877-3530 or any local law enforcement agency.  Webster is known to frequent the Marion Junction community, Selma and the surrounding area.