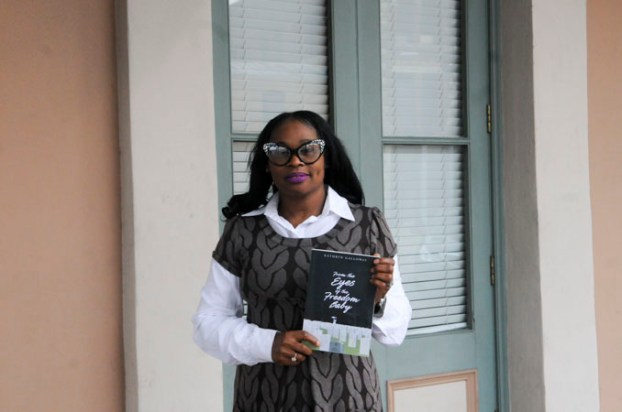 Kathryn Galloway views her late father as one of the unsung heroes in the Civil Rights movement.

Galloway wrote a book, “From the eyes of the Freedom Baby,” detailing her father’s experiences that began when he moved to Selma in 1954. She will have a book signing on Friday at 11 a.m. at Gallery905, located on 905 Water Avenue.

Rev. George Galloway, then the minister at Mt. Calvary A.M.E. Methodist Church, was a contributor during the Civil Rights Era. He assembled a Civil Rights choir at Brown Chapel A.M.E. Church in addition to working as security.

“My father took the security job at Brown Chapel to protect Dr. King and keep the church from getting bombed,” Galloway said.

In 1965, Rev. Galloway led R.B. Hudson High School students to march over the bridge and they were attacked by troopers and dogs.  Shirley Galloway, Rev. Galloway’s wife, was pregnant with Galloway when she marched across the bridge, then ran back for safety after being attacked. Kathryn was called the “Freedom Baby” by her father.

Rev. Galloway, who died in 1992, later drove 36 African-American students from R.B. Hudson High School across the country and encouraging the black community to register to vote.

Rev. Galloway and L.L. Anderson set up a federal food program, writing people across the country to send sweaters, coats and boots to fired workers. The program was set up in a warehouse, where Galloway’s older brothers and sisters worked.

The Galloways moved to Andalusia in 1972 after Rev. Galloway was appointed to pastor a church in the area.

The book costs $8.11 and available at Amazon.com and Barnesandnoble.com. A CD of songs performed by the Galloway family can also be purchased for $3.96 at Amazon.com.

A row of cars was lined up on Lawrence Street Monday to pick up boxes of food provided by the... read more