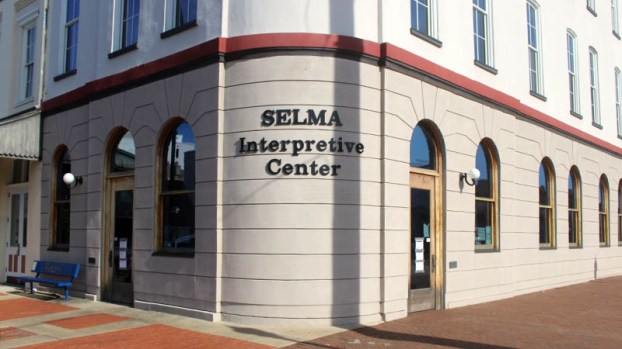 The ongoing government shutdown, now in its third week, is being felt in Selma.

The shutdown is the result of lawmakers in Washington being unable to compromise on President Donald Trump’s request for $5 billion for a wall to be constructed along the United States-Mexico border – in a televised press conference following a meeting last week, Trump indicated that the shutdown could continue for “months or even years.”

Among the many national services that have been shuddered as a result of the ongoing shutdown is the National Parks Service (NPS), which is facing its own struggles at parks throughout the country.

The Selma Interpretive Center, which serves as a way for tourists to better understand the Voting Rights Movement and the historic Selma to Montgomery marches, is a product of the NPS – because of the government shutdown, park services, including the local tourist stop, have been unable to maintain staffing.

A series of notices taped to the door of the Selma Interpretive Center, indicating that the center is closed, state the following: “Because of a lapse in federal appropriations, this national park facility is closed for the safety of visitors and park resources.”

On the NPS website, an alert for the Selma to Montgomery National Historic Trail states the following: “During the federal government shutdown, Selma to Montgomery will remain open. However, there will be no visitor services, and hazardous or dangerous conditions may exist.”

A statement on the NPS website lists the economic benefit of NPS tourism as $40,600,000 for the state of Alabama and $41,219,534 in Historic Preservation Grants.

Additionally, the website states that more than $495 million of rehabilitation projects have been stimulated by tax incentives from the agency.

A multitude of tourists flock to Selma each day to visit the historic Edmund Pettus Bridge and other historical sites throughout the city.

According to Sheryl Smedley, Executive Director of the Selma-Dallas County Chamber of Commerce and Tourism, there is likely very little economic impact as a result of the center’s closing since it is a free attraction.

An information sheet provided by Smedley estimates that more than 81,000 visitors came to Dallas County in 2017 and chipped in $215,652 in state lodging taxes.

While Democrats and Republicans in Washington have made little headway in resolving the issue that currently has roughly 800,000 government employees not working or working without pay, Sen. Doug Jones, D-AL, encouraged his colleagues in the U.S. House of Representatives Thursday to pass legislation that would fund six departments currently closed.

The only department that would not receive long-term funding would be the U.S. Department of Homeland Security, the department which oversees border protection and is at the center of legislators’ current impasse.

According to a press release from Jones’ office, “more than 5,000 federal workers across Alabama were furloughed or worked unpaid through the holidays.”

“This is the third federal government shutdown I have witnessed in my first year as a U.S. Senator,” Jones said in the press release. “Our duty in Congress is to serve the American people. By shutting down the government yet again – and retreating to our respective political corners – we are not doing our job and tens of thousands of our constituents are paying the price.”

The Jones-supported legislation passed the House but, even if approved by the Senate, it could still be vetoed by the president.

The government shutdown has wide-ranging impacts past the closure of historic centers and the loss of work for federal employees – if it continues, the Internal Revenue Service (IRS) will be unable to distribute tax refunds and countless people will not receive food stamp benefits.

According to Barry Spear, Public Information Manager for the Alabama Department of Human Resources (ADHR), there are currently “no issues” regarding the issuance of food stamp benefits, which were delivered electronically Jan. 4.

Spears noted that the federal government doesn’t have to resolve the budget in order to address funding for the food assistance program – Congress can approve funding separately in order to ensure that people receive their benefits.

However, if no action is taken before February, the department will not have the funding required to issue benefits to all recipients.

“This is a national thing,” Spears said. “This will affect over 50 million people if they don’t do something about it.”

According to a Washington Post article, the IRS paid out $147.6 billion in tax refunds to 48.5 million households between January and March last year.

After an article ran in Saturday’s edition of The Selma Times-Journal, Janna Hoehn finally received the photo she’d been searching... read more