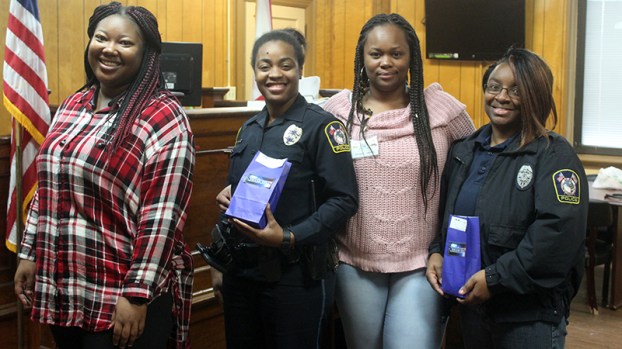 On Friday, employees in the city’s Magistrate’s Office were making the rounds through the City of Selma Public Safety Building to hand out gift bags to officers in the Selma Police Department (SPD).

Chief Clerk Kourtnie Nelson initiated the effort as a way to give back to the officers who share a building with her office and often work hand-in-hand with one another.

“We’re trying to build that relationship so everybody can get along and work together,” Nelson said.

From 2012 until 2014, Nelson and Cole were partners in the SPD’s Crime Scene Division before Nelson transferred to the Magistrate’s Office.

Nelson worked there until 2016 when she took with the victim advocacy group Victims of Crime and Leniency (VOCAL), which had her working in collaboration with the Pardons and Paroles Department in the city.

In May of 2018, Nelson returned to the Magistrate’s Office and took over as Chief Clerk.

She plans to make the gift giving effort, now in its first year, an annual occasion to strengthen ties between the SPD and her office.

Janna Hoehn’s hunt for the photos of every deceased veteran whose name is etched into the Vietnam Veterans Memorial Wall... read more