Being a First Responder becomes way of life for Harrison 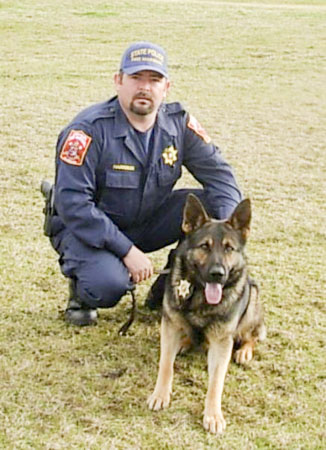 Jebb Harrison has spent most of his life as a First Responder in Dallas County.

Harrison said he never thinks about accolades, only performing his duties.

“My job is just being out there and helping people in need,” Harrison said. “I don’t pay attention to the other things.”

“The job can be tedious at times,” Harrison said. “My phone could be ringing off the hook at any given time.”

“Work come first,” Harrison said. “If I’m off or close to getting off, I’ll do what I have to do with the Sardis VFD.”

Harrison began in law enforcement. He was a dispatcher with the Selma Police Department from 1993-1996 and served as a Deputy and Investigator for the Dallas County Sherriff’s Office (DCSO) from 1996-2006. Harrison said it was difficult changing jobs.

“You go from one aspect to the other,” Harrison said.

Harrison has been married for 25 years to Barbara Harrison. They have two children, Casey and Stuart Harrison.

“It doesn’t interfere with my family,” Harrison said. “My wife knew what she was getting into. My kids are grown.”

Attorney aims to sue city over denial of hearing