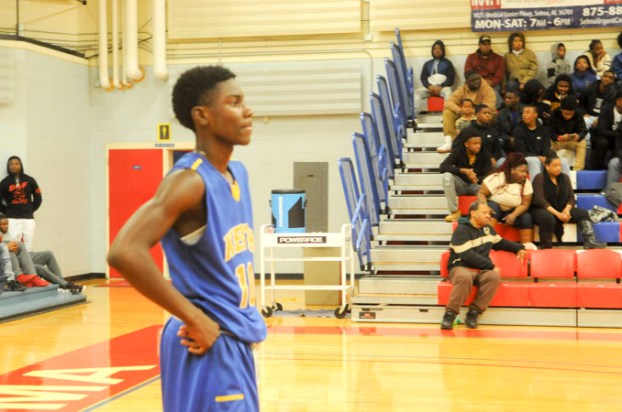 Jarvis Moss scored 22 points as Selma High defeated Dallas County 60-49 in the opening round of the Dallas County Schools Tournament on Friday at Wallace Community College-Selma.

Marqwavis Davis added 13 points as the Saints improved to 10-6.

Selma High will play Keith in the tournament finals on Saturday night at 8:30 p.m. The Hornets will face Southside in the consolation game at 5:30 p.m.

Keith 70, Southside 61: Victor Milhouse Jr. scored 23 points, including seven three-pointers as the Bears pulled away in the second half.

Milhouse, a sophomore, scored 12 points on four three-point shots in the third quarter, which Keith led 49-45.

“Southside left me wide open and I had no choice but to hit those shots,” Milhouse said.

Southside led 20-14 after one quarter and the game was tied 30-30 at halftime. But the Bears pulled away, thanks to Millhouse’s red-shot shooting off the bench.

The Lady Saints will meet Southside in the tournament finals at 7 p.m. Dallas County will face Keith in the consolation game at 4 p.m.

“Our goal was to reach the finals,” Selma coach Anthony Harris said.

Keith nearly overcame a 13-point lead and had a chance to tie and force overtime in the final seconds, but two turnovers ended the Bears’ opportunity.

Bragging rights are on the line at the 2018 Dallas County Schools Christmas Basketball Tournament at Wallace Community College-Selma. The... read more