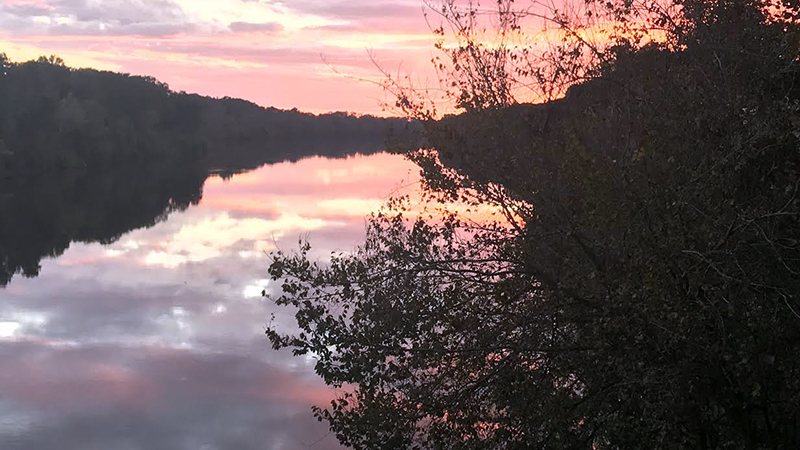 On Tuesday, the Alabama Department of Agriculture and Industries (ADAI) issued a press release announcing that a period of public comment had begun in regard to proposed changes to the United States Environmental Protection Agency’s (EPA) “Waterways of the United States” (WOTUS) rule.

The repeal of the Obama-era WOTUS rule began when President Donald Trump signed an executive order in February of last year, prompting the EPA and Army Corps of engineers to begin revising the rule.

Trump’s order states that “navigable waters are to be kept free from pollution, while at the same time promote economic growth and minimize regulatory uncertainty,” according to the release.

The new rule would allegedly simplify language in the EPA’s original version and further define what “waterways” are under federal jurisdiction.

According to the press release, the new rule consists of six categories – traditional navigable waterways, tributaries, ditches, lakes/ponds, impoundments and wetlands adjacent to certain waters – and further defines what is and is not protected by the WOTUS rule.

The new rule would exclude from protection such waterways as groundwater, most ditches, prior converted crop land, treatment systems, borrow pits and more.

“This user-friendly amendment will restore landowner’s rights,” said ADAI Commissioner John McMillan. “The prior rule greatly expanded Washington’s control over local land use. These necessary changes will assist landowners in understanding whether a project needs federal permits, thus saving our producers both time and money.”

“I applaud the Environmental Protection Agency for the release of a commonsense approach to the protection of America’s waterways,” Marshall said in a press release. “The new EPA Waters of the United States definition clearly delineates whether a waterway is covered by the federal government, thus simplifying the process for landowners in seeking permits for use of their property. This new definition will be especially welcome to our farmers, timberland owners and others who use land for commercial purposes and who were unfairly targeted under the old Obama administration Waters of the United States rule.”

Alabama was one of several states that filed suit against the EPA in 2015 when the original law was enacted, a move that eventually ended in a nationwide stay blocking enforcement of the WOTUS rule and allowed for the new administration to create a plan for withdrawing from the rule.

But while Alabama’s Attorney General and Department of Agriculture and Industries are celebrating the proposed changes, supporters of the Alabama River Alliance, as well as area farmers, are voicing concern over the impact the changes might have on Alabama waterways.

“We’re very disappointed by the decision to weaken our water protection standards,” said Curt Chaffin, Policy Director for the Alabama Rivers Alliance. “A lot of people around the country call this the ‘dirty water rule.’”

There are 132,000 miles of river and streams in Alabama, Chaffin said, many of which are small tributaries and wetlands. The repeal of the WOTUS rule would put many of these areas in harm’s way.

Chaffin commented that the Trump administration has been attempting to “gut water protections” for the last two years and believes that there will likely be a series of court battles in store for the new rule if it goes into effect.

“Water is a way of life in Alabama,” Chaffin said. “We depend on it for drinking, irrigating crops, recreation and wildlife protection. The people of Alabama deserve better than to have their waters and lands polluted and destroyed.”

Chaffin noted that partners with the Alliance, as well as “thousands” of concerned citizens all over the state, have already voiced their opposition to the proposed changes.

“Countless Alabamians have already filed comments,” Chaffin said. “This rule will make it easier to pollute. I don’t think that’s something that anybody wants. This decision threatens countless communities and wildlife species that need clean water to survive.”

One such opponent of the proposed changes is Kyle Platt, a farmer in Uniontown.

“Any potential pollutant to the water is a huge threat to organic agriculture,” Platt said. “It’s a very real threat.”

Platt is a farmer with BDA Farm and manages a grass-fed cattle operation and no-till organic vegetable farm, one of the largest in the state, and noted that the potential run-off from convention farms using chemicals could jeopardize his entire operation.

Platt’s water source, which is pulled from the Selma aquifer, is tested twice a year. One bad test could shut down the organic operation.

For that reason, he believes that conventional farms that touch organic operations should be highly regulated to ensure that their operations don’t put organic farms at risk.

“That’s crazy,” Platt said of the proposed changes to the rule. “That’s just big industry for you. It’s insane.”

Comments can be submitted online at regulations.gov and should be identified with docket identification number EPA-HQ-OW-2018-014. For more information, visit epa.gov/wotus-rule.