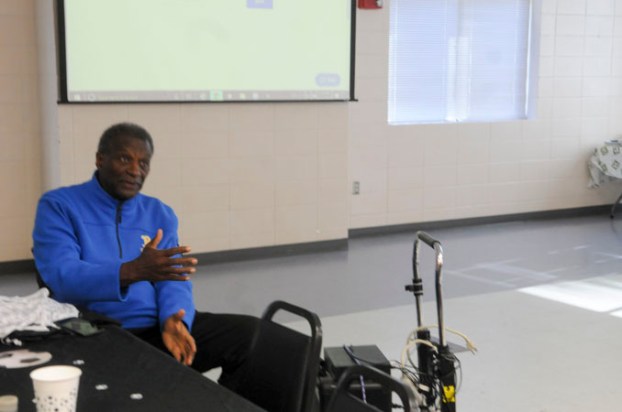 Williams spoke about bringing a United Premier Soccer League (UPSL) team at a luncheon on Tuesday at the Grist-Brown Memorial YMCA.

Former Selma Mayor George Evans and Dallas County Commissioner Valerie Reubin were among a handful who attended the luncheon.

Andy Salandy, USPL’s East Coast Commissioner, spoke via telephone. Salandy was scheduled to appear Tuesday, but he got snowed in North Carolina region.

The UPSL is a pro development league made up over 300 teams nationally across the country, including California.

Williams, the pastor at Water Avenue Baptist Church, knows plenty about soccer. He started the Concordia College Alabama soccer program in 1998 and stayed at the school until 2005 and also served as soccer coach at Morgan Academy.

Williams said soccer would be a great benefit to the kids in Dallas County, especially the NPSL. He hopes to have a team ready to play in March.

The NPSL is for ages between 17 and 24. Salandy said it will cost $500 to fill out an application. Once the application got accepted, it would cost $25,000 to run a NPSL franchise.

“The Rev. needs the support of good people,” Salandy said. “Soccer is a great sport where any kid can play.”