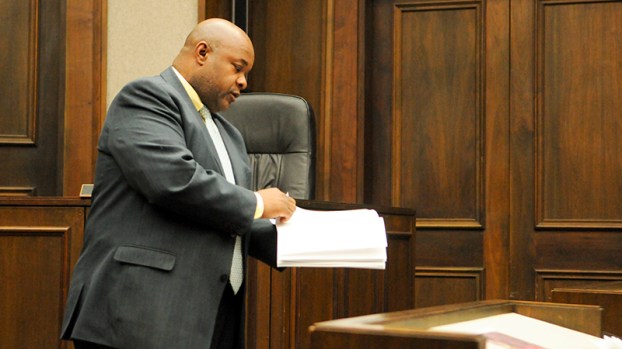 The city council and citizens in attendance gave Nunn a standing ovation for his 21 years of service under three different mayor administrations: Rev. James Perkins, George Evans and Darrio Melton.

“My family and I would like to thank the city council and the people who voted for me as Probate Judge,” Nunn said.

Nunn also thanked Perkins, Evans and Melton during his 21 years as city attorney.

Nunn arrived to the city council after serving as Dallas County Assistant District Attorney and admitted it was a challenge.

“I didn’t know what an ordinance or resolution was,” Nunn said. “I had practiced two years prosecuting under District Attorney Edgar Greene.”

Greene, who attended the council meeting, said he enjoyed watching Nunn develop into a solid politician.

Nunn said he’s ready to start the next stage of his career and work with County Commissioners Valerie Reubin, Larry Nickles, Roy Moore and Curtis Williams next month. His first meeting as Probate Judge will be on Jan. 14.

“I’m looking forward to succeeding Kim Ballard,” Nunn said. “Ballard has been very helpful with the transition. The County Commissioners have been helpful.”

On Monday, Eaton Hudson, Inc. announced that it was beginning the “disposition sale process of assets and operational items at... read more