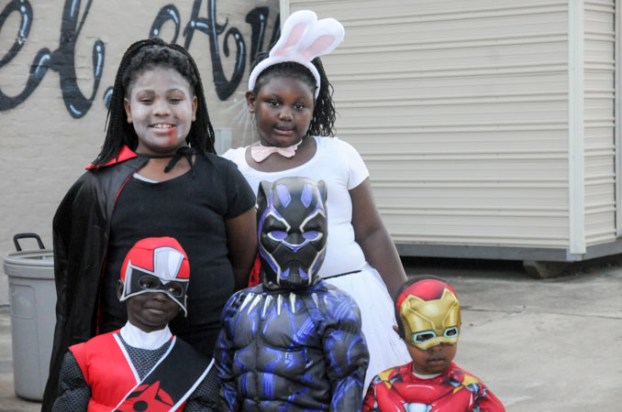 For the fourth straight year, Selma City Councilman Michael Johnson hosted a Halloween Carnival for Kids on Wednesday at the Selma Avenue Bar and Grill.

Over 100 residents across Dallas County attended the three-hour event at the bar owned by Johnson. Kids were given candy, food and drinks. Kids’ costumes ranged from Black Panther, Batman, Batgirl, Princess to zombies.

As people walked through the bar, skeletons adorned the walls, pumpkins with blinking lights and loud chants of ghosts blared through the speakers. Younger kids screamed, while the teenagers laughed it off. Two people were also present to paint kids’ faces.

“This isn’t real,” one teenage boy screamed to his younger sister.

Johnson said the event went beyond his Ward 8 District.

“It’s a way to give back to the community, not just my ward,” Johnson said. “People love it. We want them to have fun and not make things too scary.”

“I think it’s great for the community,” Sanders said. “Everyone’s getting along out here. Councilman Johnson made the event fun for the family. There’s no violence. We have to stick together and make things positive. This non-violent event will get people’s attention.”

Rashasity Smiley, an eighth-grader at R.B. Hudson Middle School, said the event was positive for her friends to hang out after school.

“It was fun, I came out here to be with some of my friends,” Smiley said.