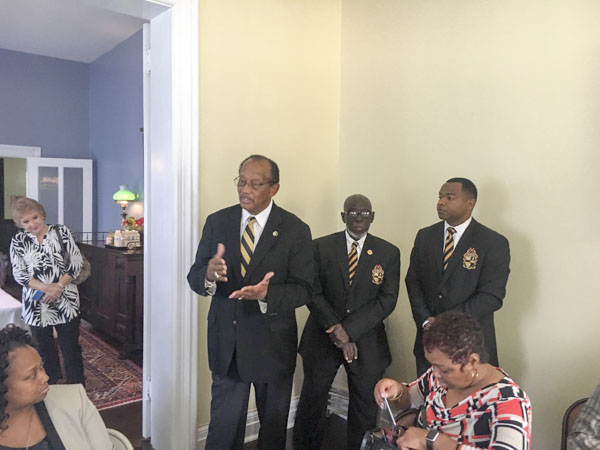 The committee met with principals and counselors in the county to discuss guidelines for this year’s school awards program, which includes all public schools and private schools in Dallas County.

The event was originally called the Mayor George Evans Achievement Award, but the name changed when Evans’ two terms as Selma Mayor ended in 2016.

Between Nov. 5 and Nov. 30, the schools will distribute packets to the students and advertise AIAA. The deadline for schools to accept packets from the students is March 29. Between April 1- April 10, the deadline for school level recognition programs of overall grade span winners will take place. The school has until April 12 to submit names of grade span winners to the AIAA, who will review the candidates between April 15-19.

Winners will be announced at the AIAA banquet on May 2 in the George P. Evans Recreational Building.

“It’s not just about making A’s and B’s, it’s about the achievement you make outside the classroom and into the community,” Evans said. “It’s about what the kids achieve despite the different circumstances in their lives.”

Evans said the event didn’t take place last year because Selma City Schools Superintendent Dr. Avis Williams had just arrived to the idea and he wanted her input with the program.

The Christian Outreach Alliance Food Pantry’s Stock the Shelves Food and Fundraiser will be this Friday, Oct. 26. This is... read more