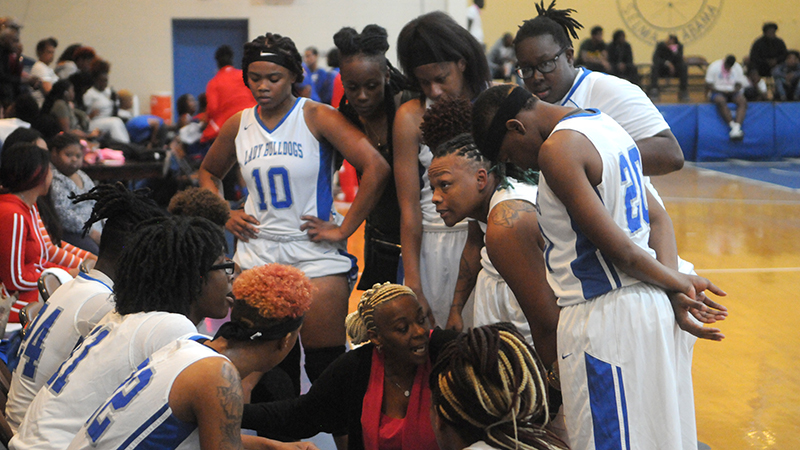 The Lady Bulldogs defended home court first and played with the lead for the majority of the game. They defeated the WCCS Lady Patriots 76-68.

“To see their shots fall was like money to my ears,” Lady Bulldogs head coach Erica Heard said. “It had been real rough in practice, but they turned it around. They brought everything out here and left it all on the floor.” 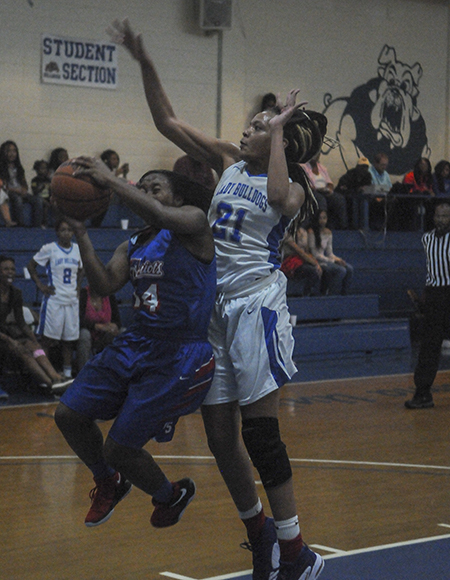 Brianna Burston was second on the team in scoring with an 18-point effort, and Antichkyo Howard dropped three 3-pointers as well.

The Lady Patriots struggled to shoot from the floor and couldn’t keep up with the Lady Bulldogs’ pace. They made a push in the second half of the game to try and get back in the game, but despite scoring 18 in the third quarter and 20 in the fourth, the Lady Patriots could never get the lead.

“We started off on a bad foot,” Lady Patriots head coach Herman Turner said. “We have several key ball players out with injuries and I was amazed that the reserves stepped up and played their heart out tonight. But we came up short.”

WCCS managed to get within two-points of the Lady Bulldogs in the fourth quarter, but Selma held them at bay.

After watching the Lady Bulldogs get their first win of the season, the crowd and the men’s team fed off the energy in the gym and kept the party going.

“In the Dog House, it’s the kind of atmosphere where the fans push us through,” Selma University men’s basketball coach Raymond Brown said. “We play hard. We’re young, but we’re going to play hard.”

The Patriots’ couldn’t keep up with the Bulldogs’ pace as the game went on. WCCS head coach Duane Evans is working with a brand-new team with no returning players from the 2017-2018 season, and his players had a difficult time adjusting in the season opener.

WCCS’ Caleb Alexander led the Patriots with 15 points, seven of which came from the free throw line.

Former Dallas County High School center LaDarius Furlow made his collegiate debut with the Patriots and made two free throws.

“We’re just young. I’m sure we’ll get better,” Evans said.” We don’t have a single guy that played on the team last year. A lot of guys coming straight out of high school trying to learn how to play at this speed.” 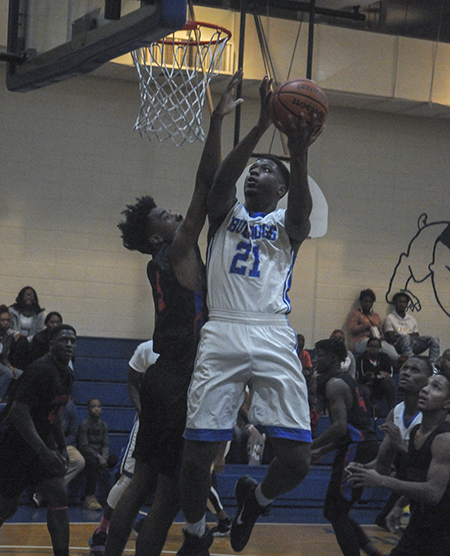 Selma University’s Dionne Parks goes up for a contested layup against WCCS.

Selma’s Dionne Parks led the Bulldogs with 20 points, including a buzzer-beating 3-pointer from half court in front of the scorer’s table that sent his teammates and the Selma fans into a frenzy before halftime.

His teammate Keyshawn Baker was second on the team in scoring with 19 points.

Even though the team won by 28 points, Brown said the team should have executed better.

“I don’t really think it was a good start,” he said. “We didn’t take care of the ball, get rebounds well and we didn’t defend well. We shot pretty good, but we couldn’t guard a statue.”

The two programs meet again on Tuesday, Oct. 23, at WCCS for the rematch.