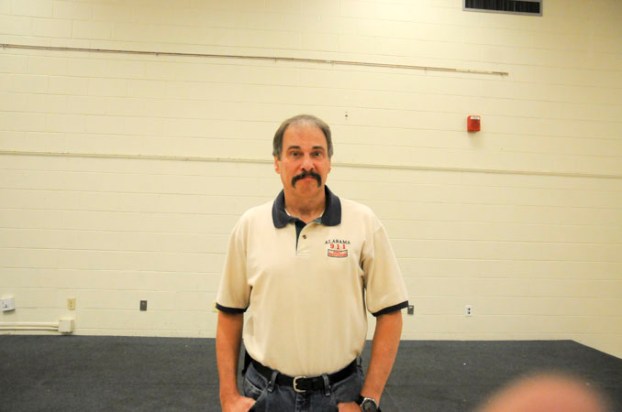 Simmers drives an ambulance at Care Ambulance Service and is a firefighter for the Valley Grande Volunteer Fire Department.

Simmer, The Selma Times-Journal’s First Responder of the week, said he enjoys working both jobs.

“Working at Care Ambulance takes top priority because it’s my full-time job,” Simmers said. “I like working at the fire department, but I’m just volunteering there.”

Simmers said he enjoys the thrill of being a firefighter.

“I love being a firefighter because I get to help put out fires,” Simmers said. “I get to help Valley Grande with their ISO rating.”

The Valley Grande resident often combines the firefighting with the ambulance gig.

“I get to work with the fire department when I’m driving an ambulance,” Simmers said. “Firefighters are sometimes at an accident.”

Simmers is a 1982 graduate of Sumter Academy in York. He eventually moved to Selma in 1987 and was hired as the computer programmer at Bush Hog. He worked there until being laid off in 2009.

While working at Bush Hog, Simmers worked part-time for Haynes Ambulance. He became a volunteer firefighter at Valley Grande in 1997, then began work at Care Ambulance in 2008.

Simmers doesn’t have to bring his volunteer work home. His wife, Danni, is also part of the Valley Grande Volunteer Fire Department and Care Ambulance. They recently celebrated their 12th wedding anniversary.

A handful of Selma residents stood in front of City Hall Thursday over the city not making payroll this week.... read more