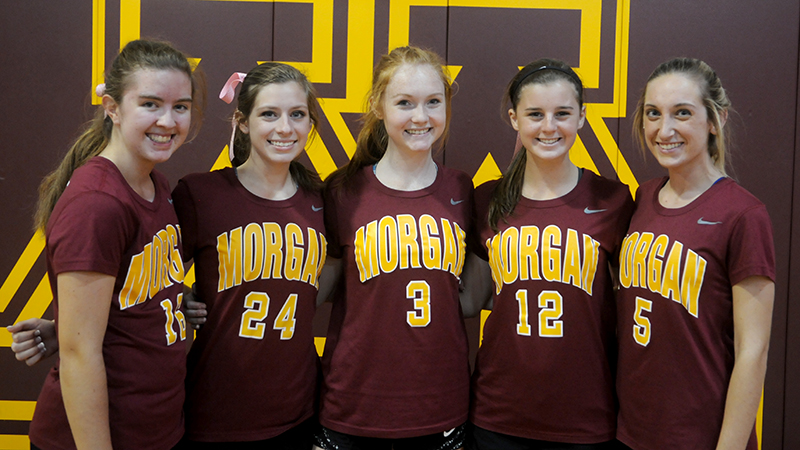 The Morgan Academy Lady Senators seniors enjoyed a win in three sets (25-10, 25-7 and 25-7) over the Russell Christian Warriors in their senior night game on Thursday afternoon.

“The seniors bring so much to the team with great attitudes,” Morgan Academy head volleyball coach Kayla Thacker said. “They play together and they build the team up. They’ve been playing together for so long, there chemistry is great. It shows on the court.”

“This made our area record 5-1,” Thacker said. “The last time we played them, it secured our No. 1 seed in the tournament.”

The Lady Senators serves were the strength of the team on Thursday. The game moved quickly as Russell Christian struggled to consistently return the ball back to Morgan’s side of the net.

“We served better today than in any other game we’ve played,” Thacker said. “That’s good right before playoffs start.”

The Lady Senators earned the top seed in the area tournament, and will play for a chance to make it to the AISA State Tournament on Tuesday, Oct. 23.

Morgan Academy will host the sub-area game, so that gives the team and its seniors one more opportunity to play in front of their home crowd.

“We play Tuesday, and we have to win against the No. 4 seed in the other area to continue to the playoffs,” Thacker said. “They are just building on what they’ve been doing the entire season. We get to host the pre-region game here, so that’s a plus. We’ve never played Tuscaloosa, but we know a little bit about them and our confidence is high. We hope to carry that on into next week.”