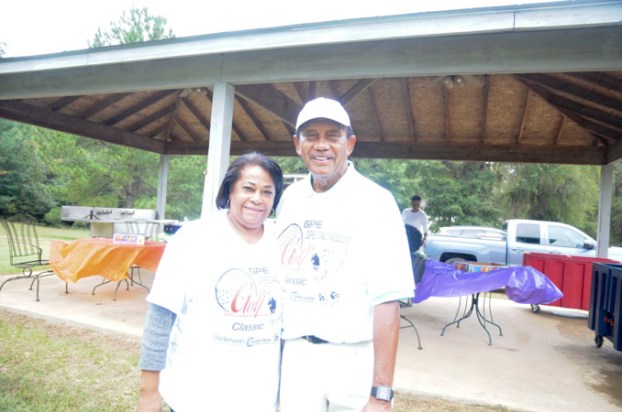 The ninth annual GPE Golf Classic was played under gray, overcast skies on Wednesday at the Valley Grande Golf Course.

Former Selma Mayor George Evans, for whom the tournament is named after, said he was pleased with the turnout.

“I love this tournament, it’s my pride and joy,” Evans said. “I always loved working with special needs children when I was a teacher. When I became Mayor, I still wanted to be part of it.”

“I remember it being so hot last year, it’s not like that today,” Benjamin said.

Evans, a former superintendent of Dallas County Schools, said he’s grateful for the businesses and schools that support this event.

“The tournament is a burden and task, but it’s worth it for the kids,” Evans said. “The idea is to put the children on frontstage like the other children. The parents and teachers love the children.”

The tournament’s name was originally called the Mayor’s Charity Golf Classic, but Evans said he changed the fundraiser after leaving office.

“I changed it to the GPE Golf Classic because I didn’t want people to get the wrong idea,” Evans said. “I’ll always be called Mayor, but I wanted to take the Mayor’s name off the tournament.”

In connection with the Golf Classic, the GPE fun day was held Tuesday at the George P. Evans building. Bands and cheerleaders from Keith High, Dallas County High and Southside High School performed.