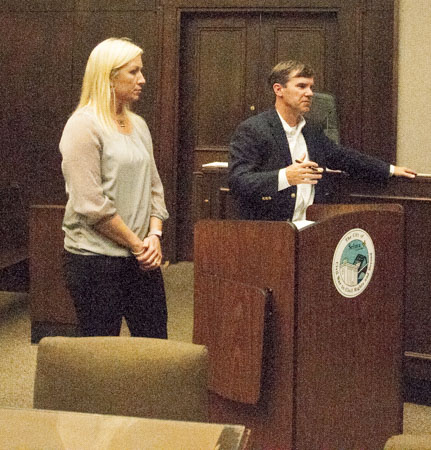 The Selma City Council is looking into hiring an accountant on a contract basis.

Accountants Robin Pearson and Naomi Allen of Mason and Gardner CPAs, LLC addressed the council at their work session on Thursday at city hall.

“We have internal control in our finance department, policies and procedures,” Bowie said. “I’m not pointing fingers at anyone. The finances are important. It’s not a dog and pony show. It’s in the best interest of the city.”

Pearson addressed the council and gave an outline of his company’s process.

“My goal is to help everyone here,” Pearson said. “There are things that need to get answered. You need to clean up the books before the auditor comes in. You’re not hiring us to make a decision. You’re hiring us to help you make the decision.”

Randolph told Pearson he wanted honesty from the Mason and Gardner accounting firm.

“We want someone who’s straight-forward with us,” Randolph said. “Just come in and tell us the truth.”

Leashore told Pearson he wanted an outlook of what the accounting firm would provide to the council.

Pearson plans to send the council a draft of the firm’s services sometime Friday.

Amendments to the 2019 fiscal budget also was discussed. The council passed a $17.4 million budget last week.

Because the budget was taken by vote, City Attorney and Dallas County Probate Judge-elect Jimmy Nunn said the council can amend the budget through a letter to each member or draft a resolution to add items.

The regular city council meeting will be held on Oct. 9 at 5 p.m. at city hall.