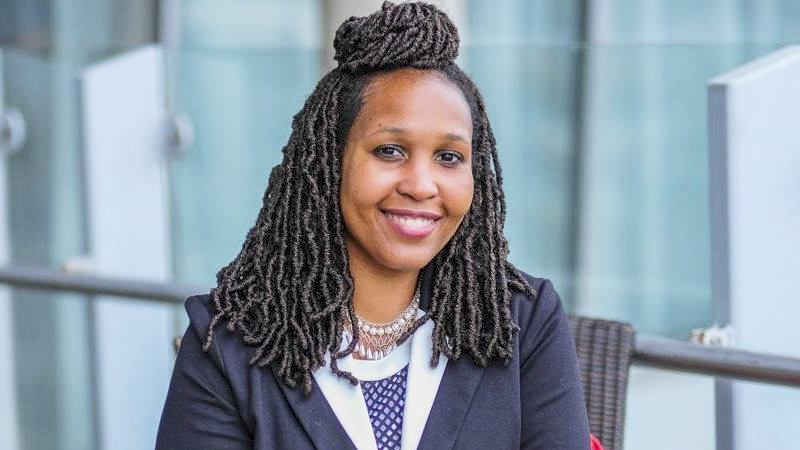 COMMUNITY LEADER: Jerria Martin was named as a TIAA Difference Maker 100 honoree. Martin is one of 100 people throughout the country recognized and honored for her civic work.

Jerria Martin has worked tirelessly in Selma and Dallas County spreading the message that it is OK to “say nope to dope” through her involvement with the Drug Free Communities of Dallas County (DFCDC).

Martin, the executive director of the organization, was recently named a TIAA Difference Maker 100 honoree.

The organization awarded funds to 100 people working closely with non-profit organizations to improve their communities. Martin was amongst those to receive the honor.

“They wanted to celebrate their 100th year by celebrating 100 difference makers,” she said. “I thought it would be cool to apply because $10,000 dollars coming to Drug Free Communities of Dallas County would be huge.”

She said after seeing the ad on Facebook, she quickly applied.

“I told them how we do cool stuff in Selma and Dallas County,” she said.

Martin is the only recipient from Alabama, and according to her, that is an accomplishment in itself.

“Out of all of the cities in Alabama they could have chosen, they chose Selma,” she said. “They chose our story.”

Martin believes this recognition is a way to highlight the positive things that are happening in the community.

“It means everything. I think it’s gonna mean a lot to Selma to finally have a positive light shining on the work we’re doing here,” she said. “Thank God someone sees it and wants to shine a positive light on Selma.”

Drug Free Communities of Dallas County plans to utilize the funds towards helping the youth in the community. Martin said the organization is now hosting focus groups in the different schools with the students to see what their needs are.