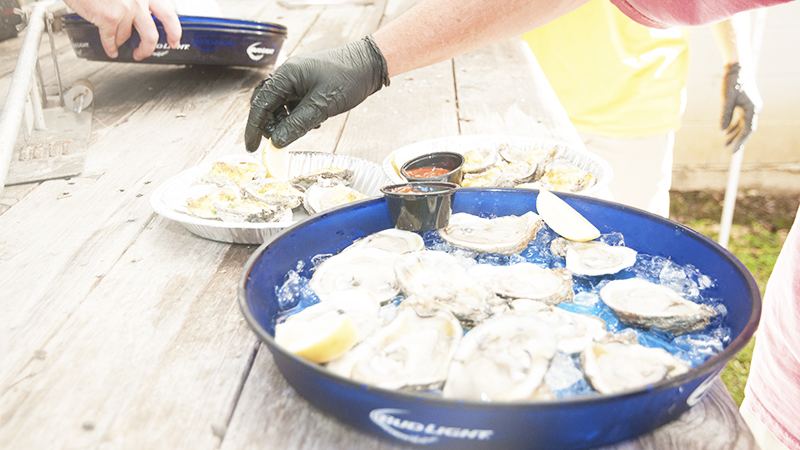 After years of putting on the event, BlackBelt board member Paul Wilkerson said just like other years he was happy to see the people out enjoying oysters and watching football.

He said the event was a family friendly event earlier in the day and changed directions a little later in the evening.

“Right now, you see and hear the kids playing. It’s family friendly,” he said. “It’ll transition later on and turn into a little more of an adult [event]. The ball games are on and everyone’s having a good time.”

Once again, Wilkerson deemed the event a success as guests gathered around eating and enjoying the sunny afternoon at the restaurant.

“Everybody always does a good job in supporting it,” he said. “We haven’t been let down yet with BlackBelt. Everyone always comes out and supports us.”

Funds raised during the event will directly benefit the BlackBelt Benefit Group.

“Sometimes we earmark [funds] for certain things and sometimes it’s more on a needed basis,” he said. “We have to have funds to allocate as the groups vote.”

Organizations pray over the city of Selma