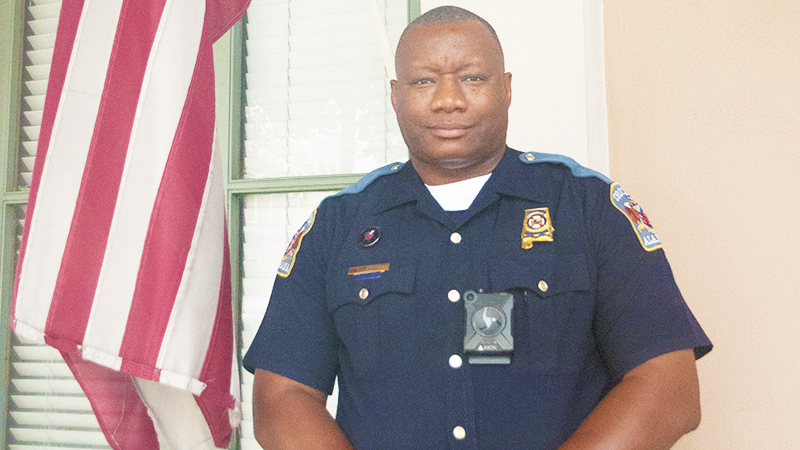 SERVING THE COMMUNITY: Christopher Fails has been an Alabama State Trooper for 15 years. Fails is the Times-Journal’s First Responder of the week.

Christopher Fails has been an Alabama State Trooper for 15 years.

Before he began his career in law enforcement, he was in the United States Army for 20 years.

After he returned home from the military, he became a trooper.

“[I’ve learned about] being genuine and helping people,” he said.

Fails said one of the hardest things about his job is having to knock on family member’s doors and tell them that their family member is no longer coming home.

Even though there are tough times during the job, Fails said there is something to look forward to.

“[The most rewarding part] is driving through the neighborhoods and the little children are waving back at you,” he said.

When Fails is not saving lives, he enjoys traveling the world.

Catching some sun on a cruise is a favorite hobby of his, and he takes advantage when he can.

Although he loves to travel, he makes time to spend quality time with his family here in the area. He is the youngest of three siblings.