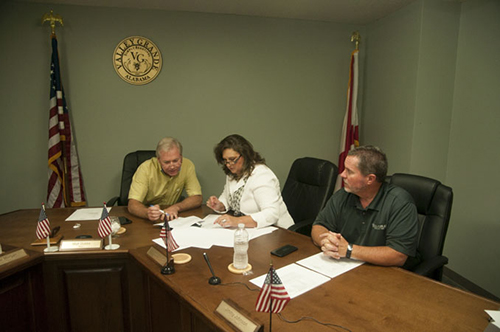 Valley Grande unanimously passed its fiscal budget for 2019 at its city council meeting on Monday at Valley Grande City Hall.

Valley Grande Mayor Dobbs credited the council’s teamwork on completing the budget before the fiscal year ends on Sept. 30. The 2019 fiscal year starts on Oct. 1, the same day as Valley Grande’s next council meeting.

“We’re very pleased that we passed the budget,” Dobbs said. “We’ve never had any problem passing a budget. The council and I work well together and have the same ideas. We want to have a balanced budget.”

Dallas County High School Principal Stephanie Smith addressed the council and sought assistance on some school improvements. Dobbs said the council would look into it.

With the budget taken care of, council members looked toward the future.

A date was announced for the Girls Beauty Pageant, which will be held on Nov. 15 at Martin Middle School. A time hasn’t been set.

“We had a great response last year,” Troha said.

Valley Grande’s Christmas in the Park program is tentatively scheduled for Dec. 8 at Valley Grande City Park. A time hasn’t been set.