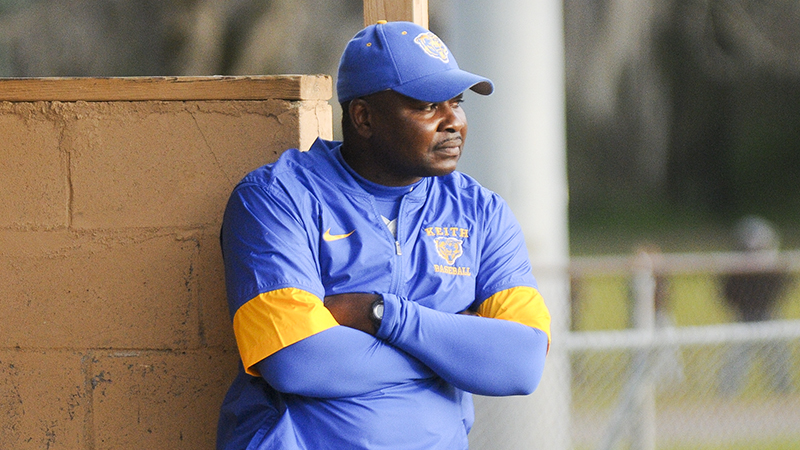 The Dallas County School Board voted and approved Anthony Lumpkin to become the new head football coach for the Keith High School Bears on Tuesday night.

The head coach position was isolated from the other personnel recommendations for the board members to vote on. Board president Mark Story, Roy Edwards, William Minor and Leroy Miles voted in favor of the recommendation, and Carolyn Bates was the only vote against.

This will be Lumpkin’s first season as the head coach of a varsity football program.

Lumpkin, who also coaches baseball for the Bears, will be taking over a program that reached the playoffs nine of the past 10 seasons. Last year’s team went 6-5, averaged 31 points per game and reached the first round of the Class 2A playoffs.

“I’ve got some big shoes to fill, but I’m just going to take it one day at a time,” Lumpkin said. “I’m confident in what I’m able to do, as far as getting the guys together and continuing what the guys have been doing and playing good football.”

Lumpkin has a new challenge ahead of him going into 2018. Not only did last year’s team graduate 22 seniors, but the Bears were re-classified into Class 1A Region 3.

The team’s new region has five teams that made the playoffs this past season including: four-time state champion Maplesville, Isabella, Holy Spirit and Linden High school. The Bears also have two non-region teams in Southside-Selma and R.C. Hatch that also made the playoffs last season. The team has a difficult schedule slated for 2018 with only three games against non-playoff teams.

“I’m just looking forward to competing,” Lumpkin said. “Even though we moved down to 1A, it’s still a tough division. We’re going to take it one game at a time, game plan and just go out and see what happens.”

The student-athletes at Keith are already familiar with coach Lumpkin at Keith. His familiarity with the program allows him to transition into this role.

“I think it’ll be good because he’s familiar with what we’ve been doing,” Keith principal Tommy Tisdale said. “It’s not a lot of change for our student-athletes. The kids know him. The community is familiar with him, so he’s not that far behind the eight-ball as far as getting started.”

Lumpkin served as the interim head coach during the offseason and worked with the student-athletes in preparation for the upcoming season.

“We’ve got some new guys and a bunch of young guys,” Lumpkin said. “But we have some seniors that have played before that are solid in their leadership. We’ll be alright as far as the things that we’ll be able to do for Keith football.”

The Bears were previously under former head coach Harry Crum for the past 17 seasons, but now Lumpkin has an opportunity to leave his mark on the Bears football program.

“The goal is not just to make the playoffs, but we’re aiming to win the region,” Lumpkin said. “I know most people won’t give us a chance, but you have to play the game. We’re setting the standards to compete, and looking to try and win the region.”