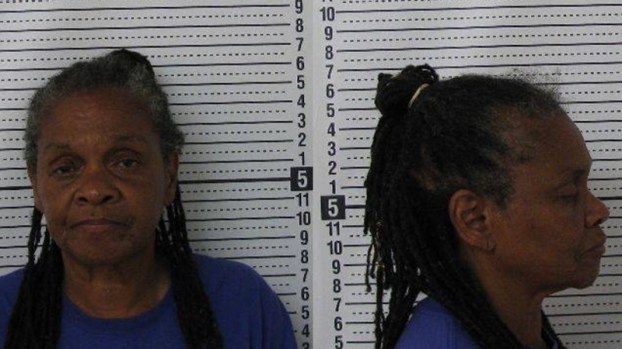 Rose was charged with fourth-degree theft and attempting to elude police on Monday night after she was allegedly found taking probate judge candidate signs off of what Selma Police Chief Spencer Collier said was private property.

Rose was arrested around 6:25 p.m. on Monday night, and Hank immediately took to Facebook.

“The City police, who cannot solve the many murders that take place here, sent nine or more police officers to arrest one person for taking down the political signs they left while removing all black candidates’ signs,” said Hank.

Hank said he tried to visit Rose at City Hall.

Hank said he learned that Rose’s arrest was about taking signs that were in front of Tabernacle Baptist Church, and said that church members thanked Rose for removing the sign.

“The police decided it was a crime, although it was on public property,” Hank said.

Hank said he was later able to visit Rose in the Dallas County Jail.

He said that the court case for this crime was set for sometime in September, and that Rose refused to pay the $2,000 bond.

Hank claimed that this arrest was to deter people from voting.

“Her not coming out of jail is designed to focus attention on the injustice not only of this situation, but of the Selma authorities in general,” said Hank. “If they will do this to a lawyer, who is the wife of the state senator, what are they doing to others, especially to poor black people?”

On Tuesday, Hank took to the radio waves on Z105.3 FM and hosted “Faya’s Fire,” which he said was a “unique and powerful experience”

“Several people called in to talk about the injustice,” said Hank. “My 11-year-old granddaughter came in and shared how she felt witnessing police brutality and how it made her feel when they wouldn’t let her grandmother call to make arrangements for someone to pick her up.”

“He (White) felt strongly that this was designed to make sure that Faya Rose was in jail on election day,” said Hank. “But he said that could backfire and more people may come out to vote.”

Hank said that the Selma Police Department also has charged Rose with shoplifting a sign.

Some of the public also took to social media talking about how it allegedly took nine squad cars to stop Rose, and said the SPD could not solve the murders going on in the city.

Collier said that the department has solved over 80 percent of the homicides that have happened in Selma since his time began as police chief.

Collier did not return comment about the alleged add-on of charges or respond to the alleged voting conspiracy.

The relocation of Queen City Market created an opening for a new business to come to the area. Downtown Selma... read more