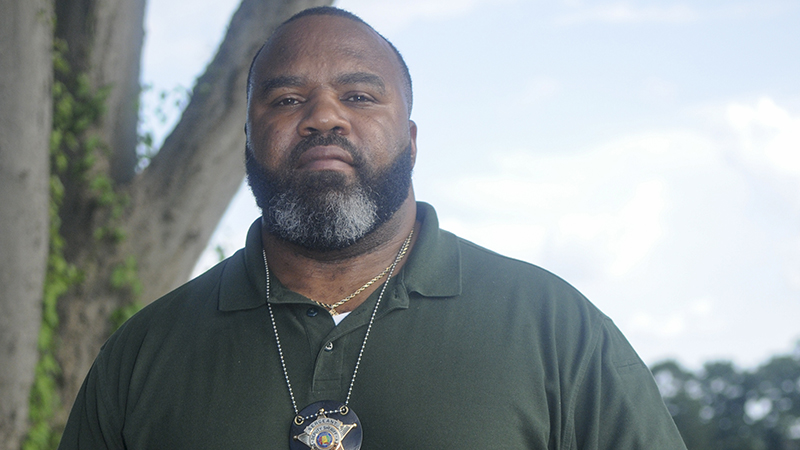 ON DUTY: Sgt. Dewayne Sanders has been in law enforcement for mroe than 21 years. Sanders is the Time’s Journal’s First Responder this week.

Sgt. Dewayne Sanders has had a passion for law enforcement for many years. After more than 21 years of service with the Dallas County Sheriff’s Department, he has not regretted his decision.

“Coming out of high school I was debating on whether I wanted to go to college and play football, law enforcement or the military,” he said.

Although he did neither right after high school, Sanders’ desire to join law enforcement never left him.

Sanders has worked with the Dallas County Jail, worked as court security, as a patrol officer for five years, three years as a criminal investigator and now as a narcotics officer for the last 12 years.

“Once I started I was really excited,” Sanders said. “The most important thing was to try and help and protect the citizens of Selma and Dallas County.”

Even though serving the community is important to Sanders he understands the risks and dangers of being a first responder entails.

“We are the first ones to respond to a shooting or an accident, not knowing what we’re going into until we get there,” he said.

He also said that even with the joys of helping people there is still a certain amount of sadness associated with the position.

“There are some sad parts that came with [being in law enforcement],” Sanders said. “Death and notifying the family of a loss of a loved one [is one of the hardest things about the job].”

He said officers also have to make sacrifices in their personal lives in order to do the job, but sometimes the end result makes it worthwhile.

“Being away from your family and working long hours is hard. Most times when we’re out putting our lives on the line, our families are home alone,” he said. “You feel better about it after the shift when you know you were able to help someone or save a life.”

Sanders said with all of the things going on in the world today having a working relationship with law enforcement is vital.

“Hopefully we can build better communication between law enforcement and the community,” he said. “We are not the bad guys, we’re here to protect and serve.”