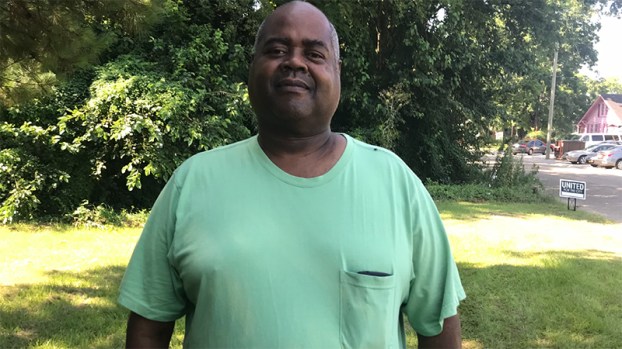 Water Avenue Baptist Church’s pastor, John Goings, has only been the pastor for about eight months.

Goings has assisted with different churches throughout the area, but Water Avenue is his first pastoral position.

His call to become a preacher was a long process, according to Goings.

“That was a long time ago,” he said when asked about when he knew he was being called to become a pastor. “I ran from it for about six years before I finally accepted the call. That is usually the way it is because we don’t want to believe that God has called us into that pulpit. It was around 1996 when that happened. It was not something I ran after for the longest time.”

“When God calls you to do something, it is going to be something that you are able to do,” said Goings. “If may not be something you want to do, however, but usually you will have a passion for it. You know how we say it is simple for something like nursing to be someone’s calling, but if you are going into the ministry, you have to love people. You see people, and you have to love people. Just make sure it is God’s calling. A lot of people will try and push us into things thinking that we will be good at it, but if you don’t want to do it then you will not be good at it.”

Goings volunteered with United for the City this week as the group hosted Backyard Bible Clubs in places like Hamilton Street’s trailer park.

“This is how we fight the violence,” said Goings. “We cut them off before they can become gang members. Things like this are needed. We get in our meetings as pastors to try and come up with things like this to do. The Bible says faith without works is dead. If all we ever have is just the meetings without implementation it is no good.”

Goings is married and has two children and four grandchildren.

Edmundite Missions was chosen as one of 16 social entrepreneurs for the BBVA Compass’ Momentum Program. The Missions is the... read more