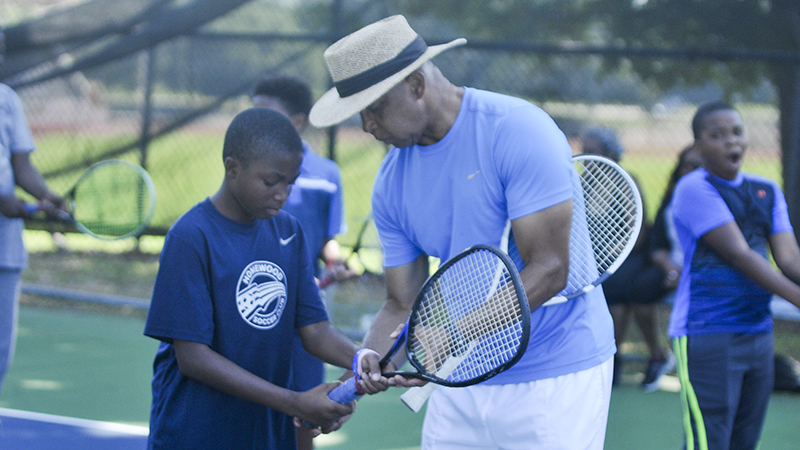 The day after the anniversary of music legend Michael Jackson’s death, his songs were being played through coach Bernard Sewell’s personal speaker at the Bloch Park tennis courts during the Selma Parks and Recreation tennis camp Tuesday morning.

Kids up to the age of 14 got off the Edmundite Missions bus in front of the courts to meet Sewell and his assistant coaches on the far court with the most shade to pick a racket and learn the basics of tennis.

Sewell played tennis in college and then was the head coach for the Alabama State University men’s and women’s tennis program from 1997-2011.

Through the tennis camp, Sewell taught the kids how to properly hold a tennis racket and perform forehand ground strokes.

“We teach them the grips and the fundamentals of the sport,” he said. “We try to introduce them to the game with the hope that they have a continuous interest. There’s a lot of scholarship money available for tennis players.”

It took a few rounds, but eventually the kids improved hit after hit. Sewell even made a game out of it for them to see which grouping could hit the balls over the net and within the lines of the court.

“Today I taught them the ready position and the eastern forehand grip,” Sewell said. “We didn’t concentrate on where the ball was going, but we just wanted to allow them to get the feel of hitting the ball and the sport itself. They were elated. And with encouragement and compliments we made them feel a sense of accomplishment.”

The friendly competition kept the kids engaged and they got excited for each point they successfully earned.

Sewell doesn’t lead the camp each day, but every Monday through Thursday kids can come out and enjoy a few hours on the courts practicing with an instructor. The camp is free and the only thing kids need to bring are their tennis shoes. 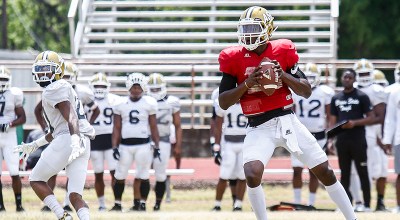 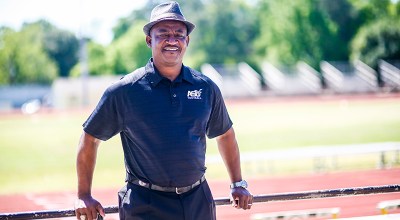