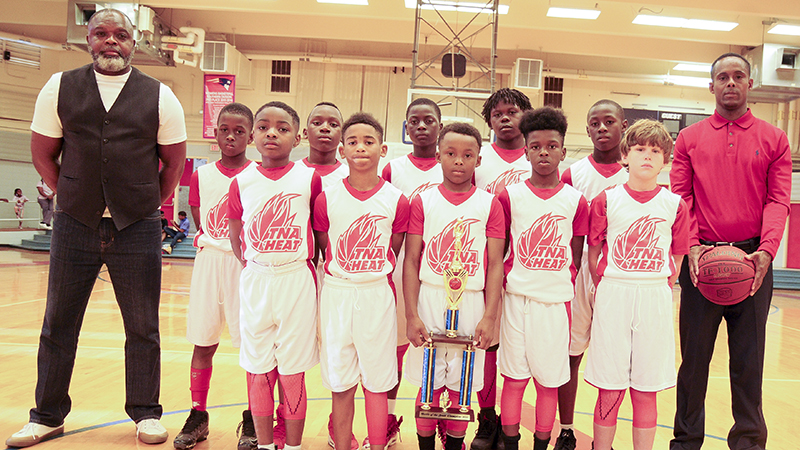 TNA Heat basketball 11U and 10U teams continue to improve their game and were able to finish in first place in recent tournaments.

The 10U team coached by Marlon Smith went 5-0 in the Battle of the South AAU tournament in Birmingham.

They faced teams from across the state including the Crimson Storm, Birmingham Wildcats, Lincoln Generals, Triple Threat and the Mobile Hornets.

“We made it to a tough championship game against the Mobile Hornets, and brought home the first-place trophy,” Smith said. “We scored the first basket and jumped out to a 10-0 lead. From then on, they never caught up.”

Earlier this year, the boys came in second place at a tournament in Tuscaloosa. After weeks of preparation and learning from the loss, the TNA Heat won the Battle of the South championship against the Mobile Hornets by using a variety of strategies.

“We dedicated ourselves during practice, put forward the time and effort to get better every day,” Smith said.

Smith had the team change its defensive set and pressures after every other possession to keep his opponents uneasy.

“We wanted to catch them off guard and keep them from adjusting to our style of play,” Smith said. “Since they had scouted us earlier, we decided to switch defenses up in the championship game.”

The weeks of practice on rebounds and free throws paid off in the championship game. He boys were happy to have come in first-place and remained hungry for the next chance to do it again.

“The boys were excited, and once again they were asking when the next tournament was,” Smith said. “Every tournament, before we enter, the goal is to win first-place.”

The 10U team also won the Sonic Blast Selma Invitational this past weekend. 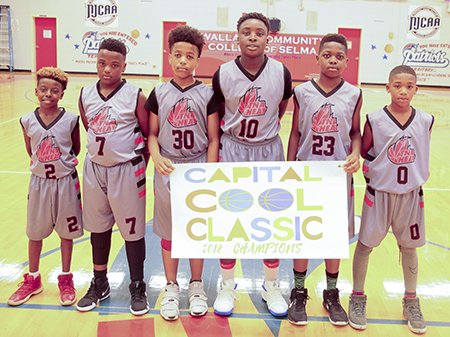 The 11U team went to the Capital Cool Classic in Montgomery, where they also came in first place with a 38-24 win.

“Our young men did excellent,” 11U head coach Marcus Hannah said. “We went 4-0 in the tournament.”

The team had played in four tournaments so far this year, but this was the first time this season they finished a tournament on top.

“Our team has done really well,” Marcus said. “We’ve been in two championship games. Our kids are growing and understanding the game more. I’m just really proud of them.”