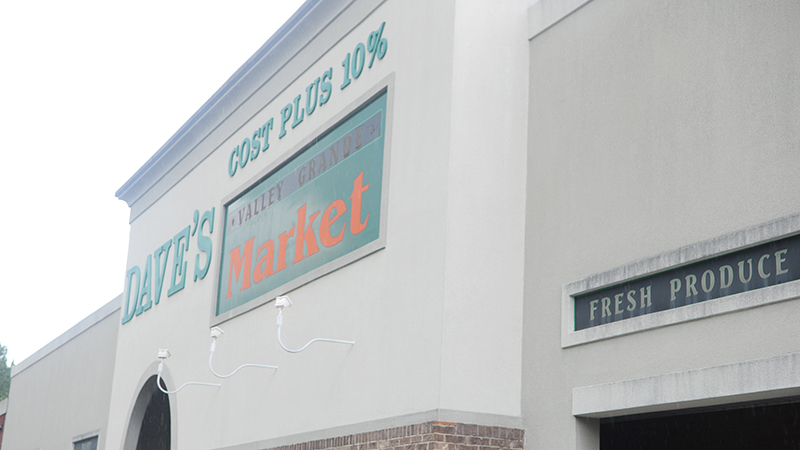 The lone grocery store in the Valley Grande city limits will receive some financial assistance in the relocation of their store after the city council unanimously voted on Monday night to give a one-percent monthly sales tax rebate to Dave’s Market for a period lasting up to ten years.

The resolution was proposed by David Oliver, owner of the David Oliver Company and Dave’s Market. According to the proposal, the tax assistance would help make their relocation project feasible. He would relocate the store to a new location on Alabama Highway 22 with 25 acres of land and a plan to employ 30 full-time equivalent staff members.

According to previous reports, the company would invest as much as $2.5 million into the area, with the possibility of adding a retail strip to attract future businesses.
Voting on the proposal were the members of the Valley Grande City Council and the Mayor of Valley Grande, Matthew Dobbs.

According to Dobbs and head of development for the city, Councilman Jimmy Johnson, the economic benefits were apparent.

Both men want residents to know that this is something they believe will benefit more than just Dave’s Market, but the overall business atmosphere of the area.

“We believe it is something that will benefit the community. This is about revenue. This is about the local economy,” Dobbs said. “We are a growing community, and we need retail for residents to get every day items they need. Not only will this help Valley Grande, but all of Dallas County as well.”

Now that both parties have expressed desires to make the relocation happen, Johnson says the next step in the process is getting everything worked out and in writing.
“We just need to get a contract going. We have to get all the details of (the project),” Johnson said. “We still need to work out some things.”

According to Johnson, the rebate for Dave’s will not begin until around a month after Oliver follows through with the land deal. Once the land is Oliver’s to use, the rebate will start up a month later.

According to Dobbs, the land Dave’s Market is currently on is leased. It is currently unknown what will happen to the building in use once it is ultimately vacated.
While Dave’s relocation may leave a building unoccupied, Dobbs is confident that the new location will be able to recruit businesses. According to Dobbs, the rebate will help a growing city keep adding to its business foundation.

“We want to keep it growing and make sure residents have all they need,” he said. “That is the purpose of the incentive.”

Calls made to the owner of Dave’s Market were not returned by press time.

Williams strives to be great