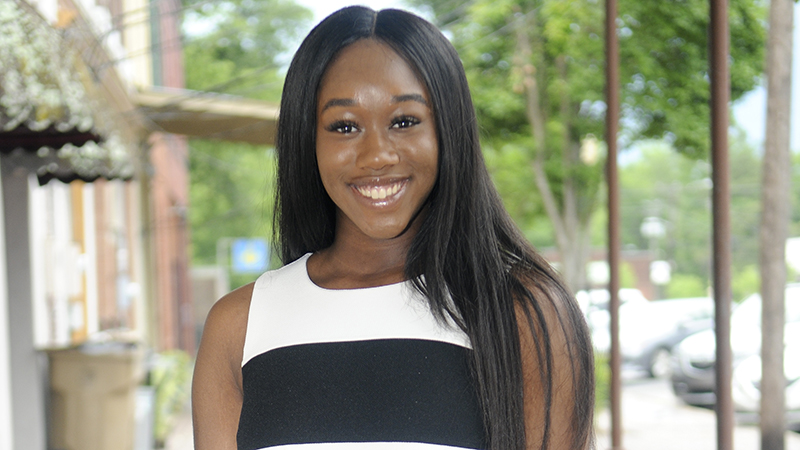 Planning ahead is something Nia Brooks prides herself on doing, but she did not foresee being named co-valedictorian of Dallas County High School this year.

“I know that I worked hard and I maintained my grades, Brooks said. “It’s just something I never expected.”

Brooks graduated from Dallas County Wednesday night with a 4.25 GPA, and even

though she doubted she would be valedictorian, her family never doubted it for a second.

Her family is very supportive of her, and watching them cheer proudly at graduation made the ceremony that much better.

“[My family was] jumping up and down and so proud of me,” Brooks said.

Brooks is not just brains, she is also an avid photography loving, Pinterest enthusiast.

When she wasn’t glued to her phone in her spare time, she was participating in school activities.

Brooks served as captain of the cheerleading squad, as well as a member of the National Honor Society, Beta Club, Future Business Leaders of America and Student Government Association.

In addition to being named co-valedictorian of her senior class, Brooks recently won the Rotary Club of Selma oratorical scholarship for her educational accolades as well as community service involvement.

She has volunteered at local nursing homes and given teddy bears to displaced children at the Selma Police Department for community service.

Brooks was also a participant in the Distinguished Young Women of Dallas County, where she won second runner up. She also placed in self-expression, talent and fitness in the program.

With a bright future ahead of her, Brooks wants to continue making her family proud as she continues her education. She plans to attend Samford University and major in pre-pharmacy in the fall.

“I plan to go to Samford and get in their fast track pharmacy program and hopefully become a clinical pharmacist,” Brooks said.

Her parents are Linda and Ralph Brooks.