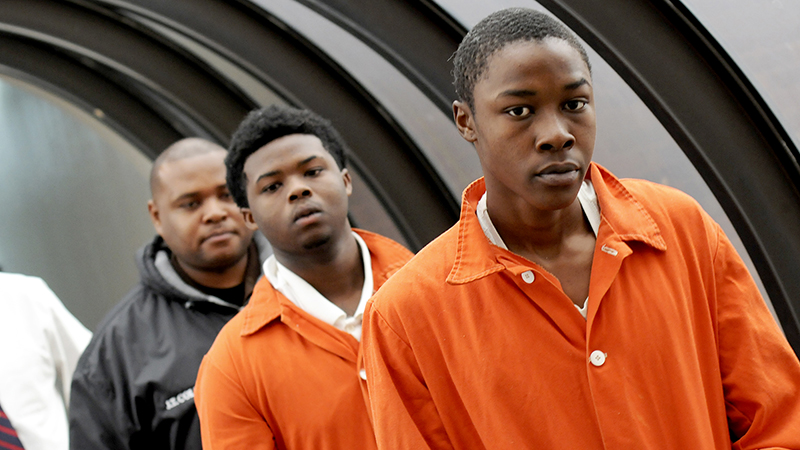 John Jones (left) and Larry Hunter (right) are escorted into circuit court Monday for an intial hearing in the murder of Alexis Hunter. Both suspects are charged with capital murder.

Five years after 18-year-old Alexis Hunter was shot to death a few days before Christmas, one of the accused killers is on trial.

“We’re glad that the trial has finally commenced after all of these years,” Jackson said. “We expect it to go all week.”

The two men allegedly shot and killed Alexis while robbing her and two other teenage girls of their cell phones.

Sgt. Kendall Thomas with the Selma Police Department testified in a bond in 2013 that Alexis was shot in the head at close range.

Jones was arrested on Dec. 22 the day after the murder, and Larry Hunter was arrested the next day.
Larry Hunter and Jones allegedly had a conversation moments before Alexis Hunter’s death.

Thomas testified during a bond hearing in 2013 that Jones reportedly told Larry Hunter, “I got to get this money. I’m broke. I need some money. The next person that comes through I got to get it.”

Thomas also testified that Jones shot Alexis in the head after asking for her cell phone.

They two young men were indicted by a Dallas County Grand Jury on July 2, 2014.

According to Jackson, Jones’ case is still pending.

The trial is scheduled to continue Tuesday at 9 a.m.