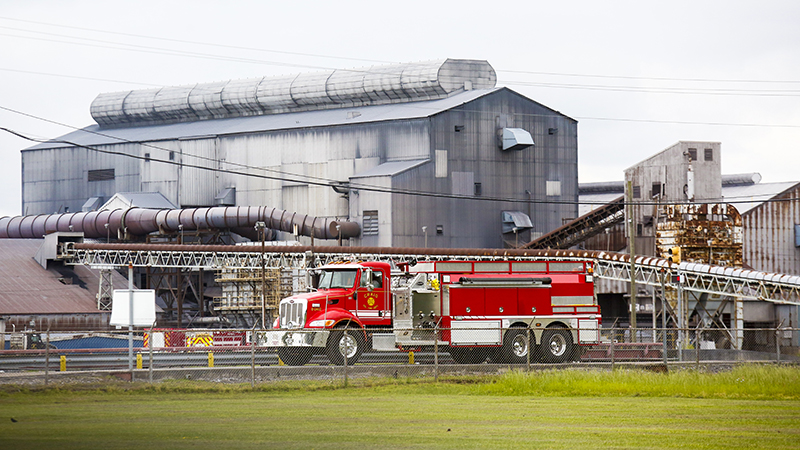 The U.S. Department of Labor’s Occupational Safety and Health Administration (OSHA) confirmed a Globe Metallurgical employee has died after being burned in an incident at the company’s Selma plant last month.

Michael D’Aquino, an OSHA spokesperson, confirmed the employee’s death. He said there is an open inspection for the incident, which happened on April 24.

Dallas County Coroner Alan Dailey identified the employee as 26-year-old Stephen Jamar Shanks. Dailey said Shanks would have turned 27 at the end of May. He passed away Sunday at UAB Hospital in Birmingham.

On April 27, Lee Payssa, corporate director of human resources for Globe Metallurgical, confirmed injuries to two employees at the plant on Old Montgomery Highway in the April 24 incident. The company declined to release any details on what happened but did say there was an ongoing investigation.

The Selma Fire Department, Craig Field Volunteer Fire Department and Care Ambulance responded to the scene between noon and 1 p.m. that day. Police and fire scanner traffic indicated flames and smoke were visible from the plant, and that at least one employee suffered severe burns.

Selma Fire Chief Toney Stephens told the Times-Journal an employee was “burned badly” in the incident. He said the scene was under control when his firefighters arrived on scene. The original call went out as a business fire.

Information on the other employee that was injured has not been released, but the incident is under investigation by OSHA. D’Aquino said there are no updates on the investigation at this time. He said OSHA does not issue preliminary reports.

The Selma Globe Metallurgical plant has a history of fatal incidents dating back to 1990, according to previous Times-Journal reports.
According to OSHA, Marvin Bennett, a Globe Metallurgical employee, died in 2012 after falling 16 feet off of a ladder while working in a feeder tunnel. In response, the company was cited for five safety violations. They were fined $106,000 in proposed penalties by OSHA.

Globe was also cited for the death of an employee in May 2004. According to a previous Times-Journal report, Tony Bradley suffered severe burns from being exposed to temperatures above 3,000 degrees Fahrenheit when an electric furnace erupted. A second employee was injured in the incident, which happened on May 28, 2004. OSHA fined Globe $40,500. Two citations were related to the incident, and 11 additional citations were also issued.

Three other fatal incidents at Globe Metallurgical have also been reported by the Times-Journal. One was in 1996 when Johnny Dunklin was killed when a furnace erupted. According to an article on Dunklin’s death, two workers were killed in a similar incident in 1990.

Globe declined to comment on the incident and Shanks’ death Tuesday.