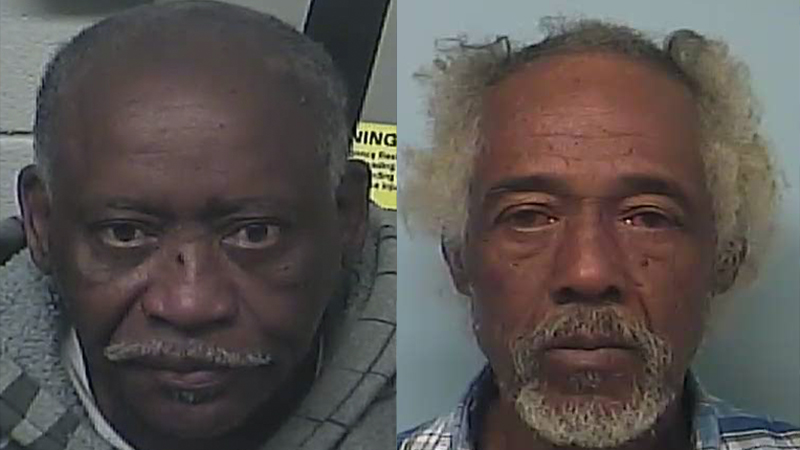 Earnest Murphy, 62, and Tommy Holyfield, 70, both of Selma have been charged with trafficking cocaine after a traffic stop Monday in Troup County Georgia. Officers found $22,000 worth of cocaine in their vehicle during a traffic stop. (Troup County Sheriff's Office)

Two Selma men have been charged with trafficking cocaine after a traffic stop in Troup County, Georgia Monday.

According to Sgt. Stewart Smith, a public information officer with the Troup County Sheriff’s Office, 62-year-old Earnest Murphy and 70-year-old Tommy Holyfield were pulled over by an officer around 2:21 p.m. on Interstate 85 near the 9-mile marker for following too closely. The two men were in a red 2017 Honda Accord.

“After stopping the vehicle, Lt. [Nathan] Taylor found that the driver, Earnest Murphy, 62 years of age, and the passenger, Tommy Holyfield, 70 years of age, both of Selma, AL, were in possession of approximately eight ounces of cocaine,” Smith wrote in a news release.

The two men were transported to the Troup County Jail without incident and charged with trafficking cocaine. Murphy was also charged with following too closely.

According to Smith, the estimated street value of the cocaine is approximately $22,000.

According to the Troup County Jail, both men are still in custody as of Tuesday afternoon and are being held without bond.

No additional information about the arrest has been released.