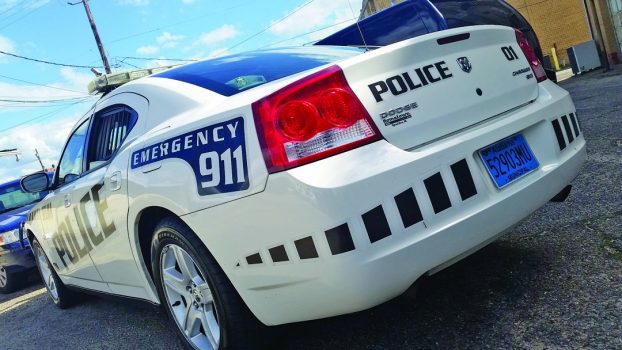 The letter that is critical of Collier lays out numerous reasons why Collier should resign, including cancelling numerous planned meetings and absenteeism.

“We see it is best for the organization to handle this matter at the lowest level possible by humbly suggesting that you consider submitting your resignation from the Selma Police Department,” the first letter to Collier reads.

The letter appears to be in response to a mandatory meeting that was cancelled.

“Within the scope of the departmental review email, our expectations were to meet and professionally discuss the issues and concerns outlined within the email, but it appears your agenda did not allow such to happen,” the letter reads.

“Even with you scheduling a mandatory meeting, which we were prepared for, you failed to show. It appears this department is not a priority, and the issues/concerns of those under your command are not of dire importance to you.”

The letter states the cancelling of the mandatory meeting was seen as “disrespect and neglect to the time of others.”

No officer in support of Collier’s resignation would speak on the record with the Times-Journal Thursday.

The second letter, which says it is from “Supporting Officers,” supports Collier.

“Since Chief Collier has been named chief, officers have spent less time writing statements and for the most part have been able to do their job with less criticism because Chief Collier stands behind his officers and supervisors and trusts they make the best decisions,” the second letter reads.

“Though Chief Collier is absent at times, we do feel that he has been an asset to the community by standing behind his staff, and though some may not like his actions and ideas, those very officers are also stuck in the past and do not realize that things should change and should never stay the same.”

The letter, which was addressed to Mayor Darrio Melton and the Selma City Council, goes on to say, “We would like you to know that we support him and stand behind and beside him 100 percent.”

While Collier did not agree to speak on the record about the letters, he did issue a statement to the letter calling for his resignation.

“I am not moved or shaken by a letter from a select few who are too cowardice to sign their name,” Collier said in the statement.

Melton called the letter asking for the police chief’s resignation a “waste of time.”

“Chief Collier has my full confidence, so whoever put that letter out there, it’s plain and clear to me they have an agenda, and their agenda is not to serve the people of Selma, so shame on them.”

Collier, who was named police chief in January 2017, said the letter is in response to an effort to clean up corruption within the department.

“Part of my charge upon taking the job of chief was to reduce crime. However, a second priority was to identity and eliminate possible corruption within the police department. Well, we are doing just that and frankly, it has scared some,” Collier wrote in his statement.

Copies of the letter asking for Collier’s resignation were sent to members of the city council Thursday, but the letter was not discussed during the council’s work session Thursday night.

Council President Corey Bowie said the council has adopted a policy of not discussing anonymous letters.

After the meeting, councilman Michael Johnson, chairman of the city council’s public safety committee, said he has seen the letter and has heard concerns from some officers, including fair treatment and Collier’s lack of attendance.  Johnson said he planned to meet with Melton and Collier Friday to discuss the issues and hopefully find a resolution.

“I truly believe the officers need to be treated fairly. I truly believe that the chief needs to be at work,” Johnson said. “These are some things that were written to me. One thing I don’t do is accuse anybody for something that I don’t know for a fact. That’s why I try to hold my mouth, so we can go ahead on and talk with the chief, talk with the mayor so we can resolve whatever difference there is.”

Johnson said he hopes to get this issue resolved because he does not want to see officers walk out or go on strike.

“Eventually, that’s where we’re going to head out to if we don’t deal with this immediately,” Johnson said.