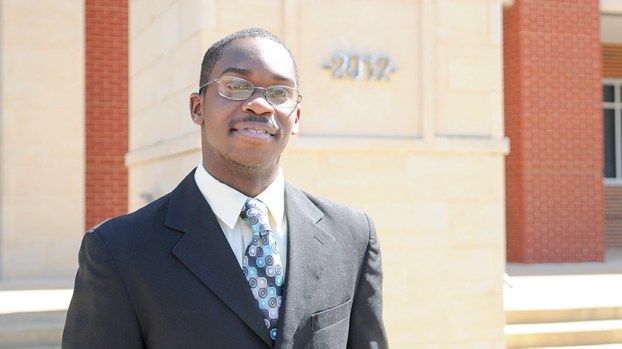 Jalen Norwood, a senior at Selma High School, was recently awarded a grant from the Red Tails Scholarship Foundation to get his pilot’s license. Norwood aspires to be a bomber or fighter pilot one day.

As a young boy, the adrenaline rush Jalen Norwood got from watching planes fly high in the sky was unmatched by anything he had ever felt. He knew then that he wanted to become a pilot one day.

Norwood, a senior at Selma High School, was recently awarded a $5,000 grant from the Red Tail Scholarship Foundation, a non-profit organization committed to the career development of African American high school and college students in the aviation industry.

Norwood is one of the Selma High School marching band’s drum majors and is third in command as the operations commander in the Air Force Junior Reserve Officer Training Corps.

He said his grandmother introduced him to one of the co-founders of the foundation, who told him to apply.

He said after completing the application, taking the extensive test and interviewing for the scholarship, he was a couple of steps closer to making his dream become a reality.

“I’ve always loved planes ever since I was a little kid,” he said. “I always wanted to understand and learn more about them.”

Norwood has only flown once in his life, but it is an experience he’ll never forget.

He said flying makes him feel a sense of freedom that nothing else ever has, and when he flies he sees and appreciates the beauty of his surroundings.

“It really solidified my love for wanting to become a pilot, and ever since that day I just kept pushing myself harder and harder trying to keep my grades up and become a pilot,” he said.

Norwood said although he loves to fly, he understands that getting a pilot’s license is expensive. He said receiving this grant covers that cost and provides him an opportunity he would not have otherwise.

“The grant is $5,000, and it helps pay for the plane, the rental, maintenance, fuel and time with the instructor,” he said.

Even after receiving this grant, he has not stopped there with his list of accomplishments. Norwood was nominated by Congresswoman Terri Sewell and selected to the United States Air Force Academy’s class of 2021.

His dream is to one day become a pilot in the United States military.

“I’m trying to become a bomber pilot in the United States Airforce,” he said. “If that’s not available, I would serve to become a fighter pilot, flying planes protecting people.”

Norwood started flying today and will start flying full time with the program during the summer.

By Oniska Blevins | The Selma Times-Journal Smiles and warm greetings filled The Coffee Shoppe on Friday afternoon as the... read more