Jelani Coleman has announced his candidacy for State Representative, District 67, which covers Dallas and Perry counties.

Coleman is the son of Gloria Coleman and Gregory Olds and the youngest of three sons.  He is a graduate of Southside High School and resides in Dallas County. His grandparents are Russell Allison Jr. and the late Ida R. Allison. 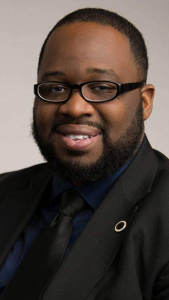 In 2016, Coleman was an organizing specialist for Sec. Hillary Clinton in Jacksonville, Florida.

“At the end of the campaign Sec. Clinton and then President Obama encouraged the workers to go back home and run for state offices to continue the fight in their home state,” said Coleman in announcing his candidacy. “I decided I wasn’t going to sit on the sideline but am going to get involved by announcing my candidacy for State Representative for District 67.”

Coleman said his campaign is all about bringing hope back to the district by focusing on three things: economics, education, and transportation.

“I believe that Dallas and Perry counties’ best days are before us and not behind us,” Coleman said. “I believe we can no longer afford to sit back and do nothing while parents are worried about their children’s education and future.”

Coleman said if elected he is willing to make a moral decision that proper infrastructure must be in place to help the counties’ struggling economy.

“If given the chance to serve the people of the district I will be a very loud voice for the people of 67,” Coleman said. “I believe the people in this district are looking for a champion to help put our district on a new path, and I want to be that champion.”

Coleman said he wants to fight to expand healthcare and make sure that social security is safe for the people of District 67.  Coleman invites voters in Dallas and Perry counties to his campaign kickoff on March 10 at 2 p.m. at Ellwood School located at 1 Bell Road.  For more information on Coleman, visit his website,  http://jelanicolemantoj.wixsite.com/jelanicoleman2018.