Jubilee to move back to Water Avenue 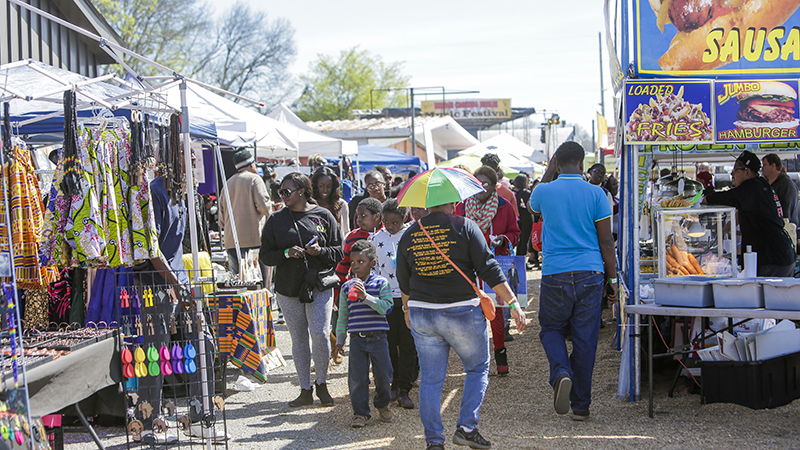 The Bridge Crossing Jubilee will now be held on Water Avenue instead of on private property on the Selmont side of the Edmund Pettus Bridge. (Alaina Deshazo | Times-Journal)

The Selma City Council voted Tuesday night to move the Bridge Crossing Jubilee Festival back to its original location on Water Avenue, according to councilman Michael Johnson.

Sen. Hank Sanders, an organizer of the event, held a press conference Wednesday afternoon at the State Capitol announcing the change of venue for the event.

With the exception of last year, the festival has been held on Water Avenue every year since its inception, according to Sanders.

The festival was held on the Selmont side of the Edmund Pettus Bridge on private property last year after a dispute between the city and organizers. The city requested the Jubilee pay for services such as police protection and cleanup after the event. Instead, organizers moved the event.

Councilman Michael Johnson said he made a motion Tuesday night to allow the festival to be held on Water Avenue.

“I truly believe that it should be back where it needs to be at,” Johnson said. “I just think it’s a good place to have it right there on Water Avenue.”

“I am very appreciative to Councilman Michael Johnson and the Selma City Council for taking positive action,” Sanders said. “I also want to thank the mayor and all other members of the city council for helping make it possible for the Jubilee to be back on Water Avenue where it has been held each year consecutively for more than two decades, with the exception of 2017.”

Sanders said the Jubilee has agreed to put money toward police officers and cleanup.

“The terms of the agreement are that the Jubilee will pay $5,000 and the city of Selma will cover the balance, estimated to be $15,000, for police and crossing guards and festival cleanup,” Sanders said in a statement Wednesday.

Johnson said the council is looking at using funds allocated for the YMCA and the tourism budget. The Brown YMCA is funded by the city’s lodging tax. According to Selma Mayor Darrio Melton’s proposed budget, there is a line item in the tourism budget for $17,500 for events. That is where the money could come from.

Johnson said the council has not voted on how much money will go to the Jubilee, but they may vote to spend anywhere between $7,000 to $10,000.

The councilman said they would also provide the same treatment for the Battle of Selma to get it back up and running. The battle has been canceled the last two years due to a similar dispute between the city and organizers over paying for city services.

Johnson said he hopes there are not other issues in the future with the Jubilee and foresees it remaining on Water Avenue.

This year’s Jubilee marks the 53rd anniversary of Bloody Sunday and is scheduled for March 1-4.