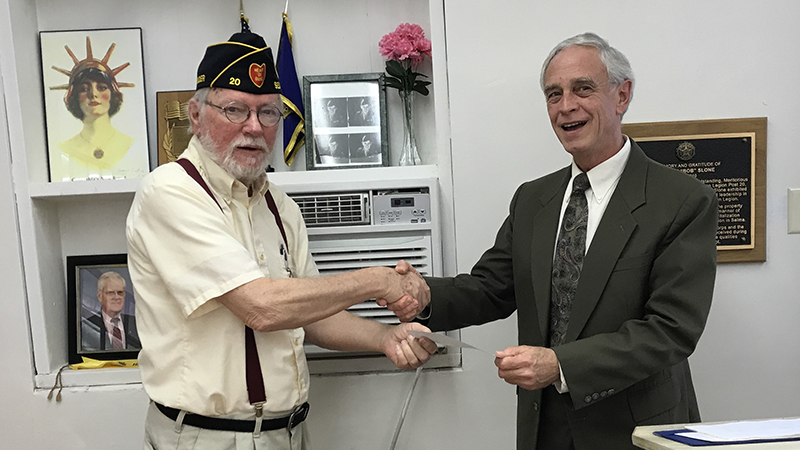 Selma’s Alzheimer’s-Autism Outreach Group has partnered with the American Legion to benefit a local veteran in need.

The American Legion, a veteran’s organization, hosted the outreach group at its facility to contribute to the need of veterans struggling with a variety of mental illnesses, including Alzheimer’s. After learning more about the work the Alzheimer’s-Autism Outreach Group does for those dealing with the illness by providing tracking bracelets, American Legion decided to pitch in themselves with a $300 donation for one bracelet.

“Everyone knows someone who struggles with Alzheimer’s,” director of Alzheimer’s-Autism Outreach Group, Oscar Wayne Calloway, said. “Our mission statement is ‘keeping them safe while giving them hope.’ We need better outcomes for veterans who wander off.”

The money for the tracking bracelets comes from a combined effort of the Dallas County Sherriff’s Department, Alabama State Troopers, Alzheimer’s Outreach and American Legion.

In addition to the bracelet today, Alzheimer’s Outreach feels confident in a positive partnership with American Legion going forward.

Along with American Legion and law enforcement, Calloway says that they will also continue their work with The University of Alabama-Birmingham’s research department and their thrift store.

According to Calloway, the need for Alzheimer’s research and aid is crucial, as those with the disease and their families still look for a cure.