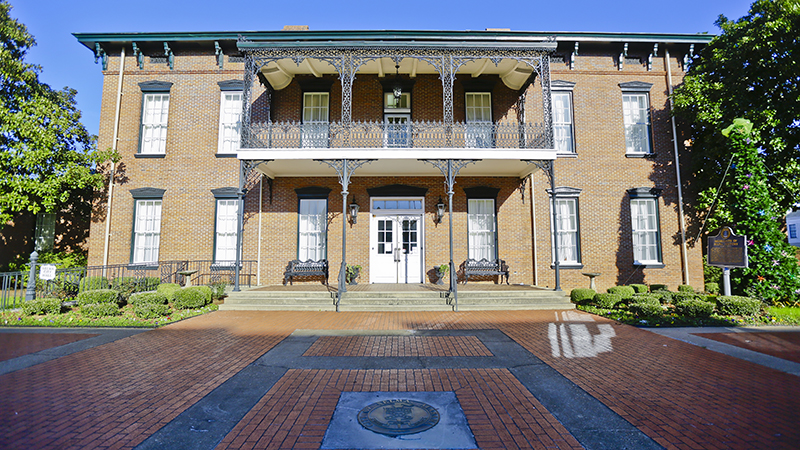 The budget totals $17.9 million with $16.8 million in projected revenue and $1.1 million in grant reimbursements and other revenues.

Melton said the proposed budget includes a 30 percent cut across the board in operation costs, as well as the elimination of 27 unfilled positions.

“Because of our decreased revenue, and no potential revenue increases pending from the council, we had to make cuts to departments in the form of operating costs, personnel and other city paid services,” Melton said.

He said the four goals of this budget are increasing the reserve fund balance, which was at $650 in October, reducing the city’s debt load, reducing taxpayer burden, being more efficient and economical in making purchases and maximizing revenues and costs.

“We’ve got to remain solvent as a city. We’re not the federal government. We can’t go and print money,” Melton said.

Melton said the fund balance needs to be 10 to 20 percent of the city’s operational costs.

“Over the past two years, we have seen a decline in sales tax revenue, which prompted us to lower our fiscal year’s revenue estimates,” Melton wrote in a budget narrative summary.

Projected sales tax revenue for 2018 is $9.3 million and $1.1 million for the half-cent sales tax. Projected ad valorem taxes are $3.4 million and revenue from business licenses is projected at $2.5 million, which is a decrease of nine percent from 2016 and a two percent decrease from 2017.

Expenditures in 2018 are projected to be $17.7 million, a half of a percent increase from 2017. Expenditure increases in 2018 are due to a bond payment and mandatory landfill requirements to build new cells.

The budget includes a 100 percent reduction of discretionary funds for members of the council. Previously, council members received $10,000 each to spend on projects in their wards and other expenses. Melton said the cut was due to the depleted reserve account.

The Fire Department’s budget increased by $244,000. The budget includes two fire investigators and the purchase of new software.

The budget must now be reviewed by the council and voted on before it is put into place.