Teacher of the Year candidates announced 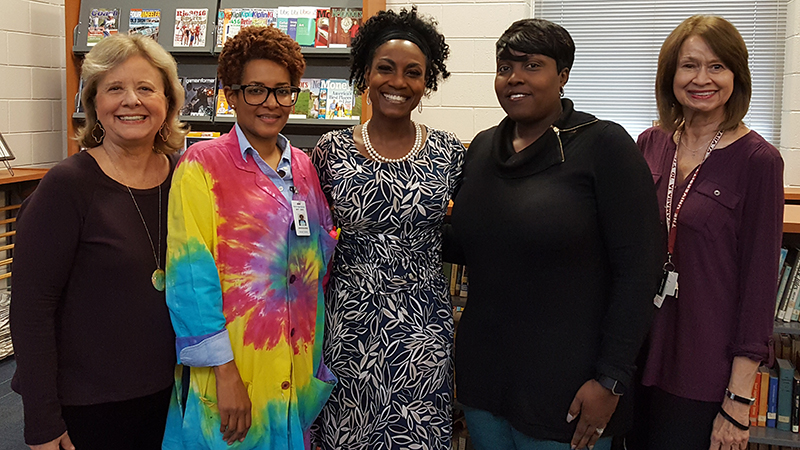 Four Selma teachers will represent the city as they move on to the district level of the teacher of the year competition and the Jacksonville State Teacher Hall of Fame.

The competition is divided into eight districts, with Selma in the fifth district for competition. For this level of the contest, two teachers, one elementary and one secondary, are represented from Selma.

The other two teachers are the runners up for the elementary and secondary level. They will be Selma’s nominees for the Teacher Hall of Fame located at Jacksonville State University.

Selma’s nominees for teacher of the year for the elementary and secondary level, respectively, are Tamera Carter of Clark Elementary and Anne Williamson of R. B. Hudson Middle School.

Selma’s nominees for the Teacher Hall of Fame for the elementary and secondary level, respectively, are Arabella Sheehan of Byrd Early Learning Center and Sharonoa Moss of Selma High School.

“I am very excited, because I do not ever remember us choosing to participate in this event,” Selma City Superintendent Avis Williams said. “This gives Selma a chance to recognize teacher excellence.”

In order to be eligible for teacher of the year, candidates must fill out an extensive application form.

The application has five parts needed for completion: general information; a resume with an individual’s education, certifications, experiences and other accomplishments; a professional biography, which must be completed in third-person; five essay response questions; and three letters of recommendations with a two-page maximum.

Currently at the district level of the competition, the teachers were selected by the school-system level committee. This committee is required to be comprised of the city superintendent, a school board member, a parent organization representative, an elementary teacher and a secondary teacher. For the district level, the committee is made up of representatives from seven different entities. These include a district representative on the Alabama State Board of Education, a local superintendent, two business representatives, two board of education members, a dean of education from a university and the two outgoing district teachers of the year.

With two categories and eight districts, a total of 16 teachers will represent the state level of competition.

The state-level committee will decide the winner and alternate winner in April. The national teacher of the year competition will begin in November, with applications being sent to Washington, D.C.

While Selma and Dallas County have chosen in the past not to partake in the event, Williams wanted to show the quality of teachers that are in her school system.

“I wanted to celebrate them for their accomplishments. I really am excited for them to be a part of this.”

The selection for JSU’s Teacher Hall of Fame will be announced in May at a banquet, according to Williams.

For those interested in viewing the application for teacher of the year, or are seeking additional information about the selection process, visit the Alabama State Department of Education’s website.