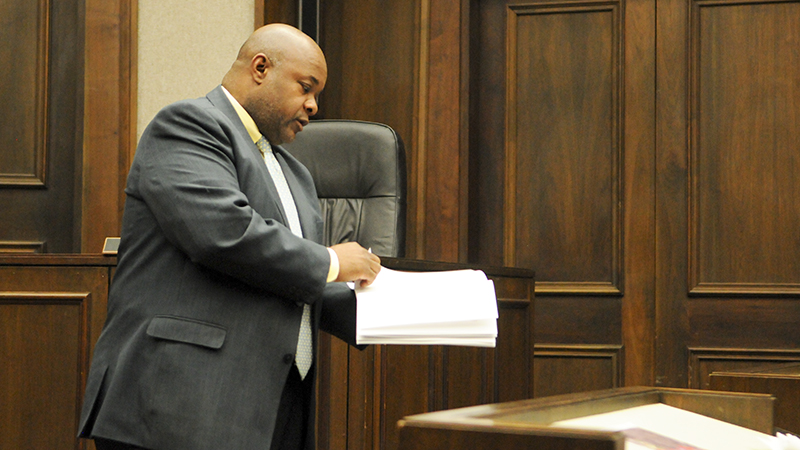 The city of Selma is considering an annexation of part of the U.S. Highway 80 West corridor between Alabama Highways 14 and 219.

Councilwoman Angela Benjamin, chairman of the committee, said a plan was drawn up in 2003 to annex the area, but nothing came of it. It was recently added to the council’s agenda and assigned to her committee for discussion.

The proposed area for annexation begins on U.S. Highway 80 near the Central Alabama Farmer’s Cooperative, up to Alabama Highway 219. The area ends near the Selma Softball Complex on 219.

Benjamin said this is the area that was proposed for annexation in the 2003 plan, but it is not final. She said further discussion could lead to changes in the proposed annexation.

The first option is through legislation, which would require a resolution from the council to local legislators and a bill being passed in the Alabama Legislature.

The second option would require the consent of 60 percent of the property owners, including two qualified electors residing on each quarter of each quarter section of land proposed for annexation.

Option three, which is called unanimous consent, would require consent from 100 percent of the landowners.

Nunn said options two and three were not likely to happen, and that the only valid option the city had was through the legislature, which would not require any consent from the landowners.

“Most of them (land parcels) are businesses, if not all,” Nunn said. “if they’re not all businesses, then they’re vacant lots.”

Some of the businesses that would be included are Crossroads Exxon, Tractor Supply Company, the co-op, Tri-County Rental, Southern Pipe & Supply, and the Sunoco gas station. There are also several other businesses included in the proposed area.

Councilman Johnnie Leashore, who was at the meeting but is not on the committee, said the original plan was developed to grow the city and expand its boundaries.

Some of the concerns audience members had were property tax increases and if the city would offer them any extra services they’re not already receiving.

“This is way bigger than growing your city,” one property owner said after expressing his concerns.

Benjamin said there is no timeline on when the annexation could take place. She said she is planning on meeting with individual property owners to discuss the plan further, as well as holding additional meetings and a public hearing.