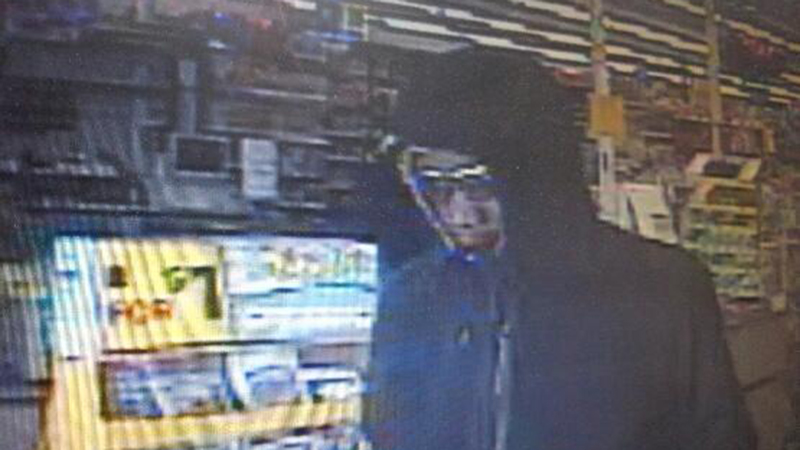 An armed robbery suspect at the Dollar General on Roosevelt Avenue was caught on camera Monday. (Selma Police Department)

An armed robbery suspect is behind bars after allegedly robbing the Dollar General store on Roosevelt Avenue Monday afternoon.

According to Selma Police Chief Spencer Collier, Curtis Hall has been charged with first-degree robbery. Hall was arrested Monday evening after the department received a tip on the suspect’s identity. Collier said Hall was arrested at his residence on Gorgas Drive, where evidence from the robbery was found. He was also wearing the same clothes from the alleged robbery.

The robbery happened just before noon Monday. Lt. Tory Neely with the Selma Police Department’s Criminal Investigations Division described the suspect as a black male wearing blue jeans and a black hoodie. He said the suspect appeared to be around 5’6” to 5’7.” He was also wearing what appeared to be a fleece sweatshirt and sunglasses.

“A black male came into the store while there were very minimal customers inside the business,” Neely said. “He was in possession of a long-gun.”

Neely said the suspect then forced the clerk over to the register area.

“He obtained the register from the clerk with the currency in it, fled out the door and ran across U.S. Highway 80 up onto the railroad tracks and that area,” Neely said.

Neely said the clerk was not hurt, and no shots were fired in the store.

Scanner traffic indicated the department set up a perimeter shortly after the robbery to try to find the suspect. They searched the area of Twenty Foot Avenue and West Drive area but were not successful.

Neely said the entire robbery was caught on camera.

Investigators were still in the area shortly after the robbery gathering evidence and studying the video footage from the stores’ surveillance cameras.