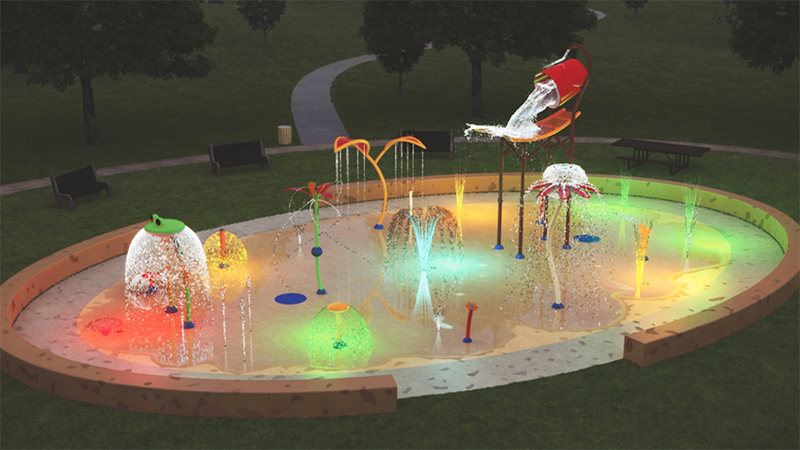 The Selma City Council voted Tuesday to pay $75,000 in matching funds for a grant from the Alabama Department of Economic and Community Affairs (ADECA) to build a splash pad at Riverfront Park.

The council voted to pay the matching funds pending the money being available in the current fiscal year’s budget, which is still in limbo.

The vote was part of the council’s consent agenda, but before voting, some council members had questions about the splash pad.

“This splash pad has been quite a topic here lately,” councilman Carl Bowline said.

“There’s been a lot of speculation about the splash pad and you hear a lot of information out there online.”

One concern Bowline asked Henry Thompson, director of planning and development, about was the treatment of the water.

“[Splash pads] are treated through a filtration system,” Thompson told the council. “This will be a state of the art splash pad.”

Thompson said earlier models of splash pads had concerns, but current models have systems in place to filter the Water. He said the splash pad built at Riverfront Park will have a filtration system to clean the water.

“There is a lot of information in the public that is outdated, and there’s been a lot of things done in the upgrading of splash pads that are currently being done in today’s environment,” he said.

A concern community members have shared on social media is upkeep and maintenance of the splash pad.

Thompson said annual maintenance and operation will cost somewhere between $5,000 to $10,000.

“It won’t use a million gallons of water. It is basically an energy efficient type of splash pad,” Thompson said.

“The major costs we’re going to face is either the heads being replaced, which will either be annually or semi-annually. It can be as simple as the recreation department doing a re-circulation of the overall water,” Thompson.

“There are no other costs that will be associated from that standpoint.”

Thompson said there is a detail maintenance and operation plan.

He said they are in the process of which department will be given that responsibility, whether it is planning and development or recreation.

Thompson said last week during the council’s work session the money would come from his department’s budget from its grant match fund. For the 2016-2017 budget, the fund had $219,000 in it, according to Thompson.

Miah Jackson was absent from the meeting. Angela Benjamin and Jannie Thomas chose not to vote on that one item on the consent agenda.

Bowie said turning down the grant could jeopardize the city’s chances to receive future grants.

“Whenever you receive a grant from ADECA, chances are if you do not provide the appropriate matching funds, you jeopardize any of the future grants that you will receive,” he said.

Due to the pending budget, it is unclear when the money will available to begin construction.