Ellwood Christian ranked No. 2 in Class 1A 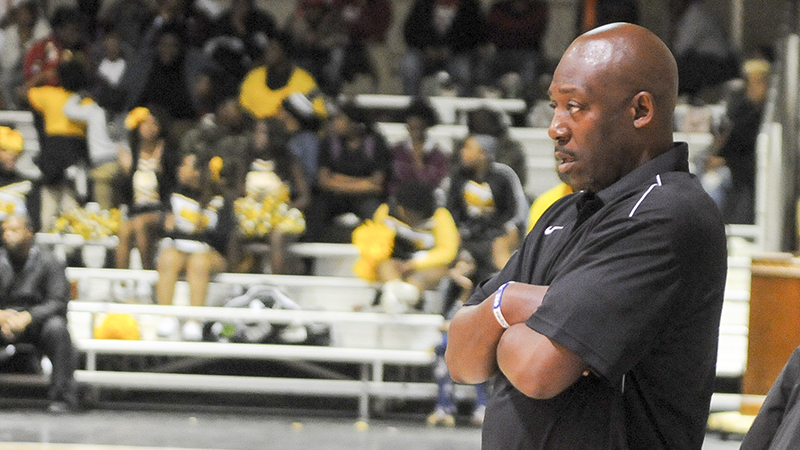 Ellwood’s head coach Willie Shears has the Class 1A No. 2 ranked team ready for the area tournament and more.

The Ellwood Christian Eagles boys basketball team has risen to No. 2 in the weekly ASWA Class 1A rankings as they approach the final week of the regular season.

According to Ellwood’s head coach Willie Shears, the ranking is a big deal for not only the basketball team, but also for the school. He congratulated his players for their accomplishment, but reminded them that rankings are only temporary.

“It’s history,” he said. “Being ranked feels good, but it doesn’t feel better than having a great chance at making a real deep run for the title. Being ranked second only lasts a moment, but what’s important is the next game, which is an area game.”

Ellwood only has two games remaining on the schedule at home against area opponents Maplesville and Isabella High School. The Eagles are currently undefeated in area play with a 4-0 record. Should Ellwood win its final two games, they will host the area tournament which begins on Feb. 5.

“I believe if we take care of our business and knockout these games, then we won’t even have to wonder about where we are if we go 6-0 in the area,” Shears said. “Right now, I just want to focus on each game and let our guys know that our destiny is in our hands.”

Hosting the area tournament would give the Eagles a comfortable home-court advantage, and it would mean a lot to the school.

“It would be great for the students, staff and those in the community who support and follow Ellwood,” Shears said. “I think we have a strong support system. It’ll be the area tournament, but it’ll feel like a home game for us. That gives you the edge on the psychological side of it.”

However, the No. 2 ranked team has higher aspirations than just the area tournament.

Even though Shears wants his players focused on one game at a time, he didn’t push them through a difficult schedule just to win the area. Since the beginning of the season, Ellwood’s goal has been to earn its way to Montgomery for the state playoffs.

“I put a tough schedule together on purpose,” Shears said. “I think the tough schedule showed me that the guys were growing, getting stronger and learning. I feel as if they’re ready to go, and they know what’s at stake.”

Ellwood has six seniors on this year’s roster who are prepared for the long run. Some players already have postseason experience.

The trio has stepped up their game this year, and each of them has come into their own for the Eagles. Craig and Bufford rarely go a game without earning a double-double. Craig usually leads the team in scoring and Bufford typically comes down with the most rebounds.

Even though Craig and Bufford lead the stat sheet, the Eagles are a balanced team with depth on the bench as well.

“When I go to my bench, we really don’t get weaker,” Shears said. “If anything, we maintain and sometimes we get stronger.”

The Eagles have earned their No. 2 ranking, but the team still has work to do in order to achieve its goals. Shears has heard the doubters, but he believes his team is ready to face the challenges in the postseason.

“I think some people thought we were pretenders,” he said. “But now, we can say that we are contenders. I’m thankful to be able to coach a group of guys that have really bought in and feel like they can go deep in this tournament.”