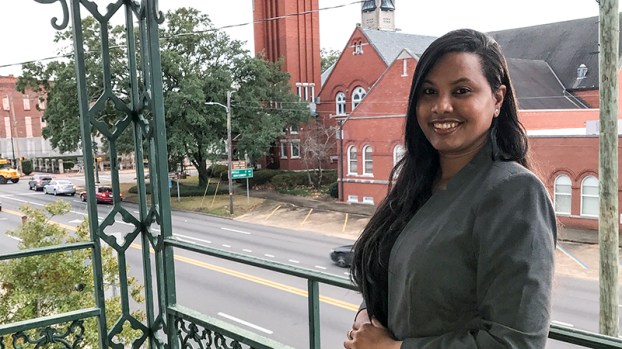 Mobile native Barja Wilson has been named executive director of the Selma Redevelopment Authority. She has a background in architecture as well as private and public sectors.

The Selma Redevelopment Authority has a new executive director for the new year.

The authority, which was formed a year ago, hired Barja Wilson to serve as its first executive director.

Wilson is working with board members in a strategic planning phase, and she sees Selma as a place with many possibilities.

“Selma is a very enchanting city,” Wilson said. “As I walk down Broad Street or by the river I see a lot of potential here.”

Wilson and the SRA have already received a grant to install free high-speed Wi-Fi downtown and are working with a group interested in possibly restoring the St. James Hotel.

Wilson has experience serving people in various public and private roles. After graduating with a degree in English from Springhill College and an architecture degree from Tuskegee University, she moved back to Mobile to begin her professional career.

In Mobile, she worked with multiple architectural and construction design firms before taking a position with the Prichard Housing Authority, assisting with their voucher program.

In the role, she learned about the public sector, working with the Department of Housing and Urban Development.

Once leaving Prichard, she became an employee for the city of Mobile in late 2014, working in the planning and zoning department. This was her most recent job before coming to Selma in November.

Wilson believes all of her professional experiences, public and private, have prepared her to be a successful executive director for the SRA.

Wilson said she is ready for whatever comes her way.

“I have my eye for design thanks to working for the firms in Mobile,” Wilson said. “I learned a lot about HUD during my time with Prichard and saw firsthand the impact I can make to those in need.”

Juanda Maxwell, chairperson for the SRA, is thrilled to bring in new talent and work with someone with as experienced as Wilson.

“I am off the charts happy with her being on board,” Maxwell said. “I can’t wait to see what she accomplishes for Selma.”

By Adam Dodson | The Selma Times-Journal The Selma chapter of The Links, Inc. will host its annual Martin Luther... read more