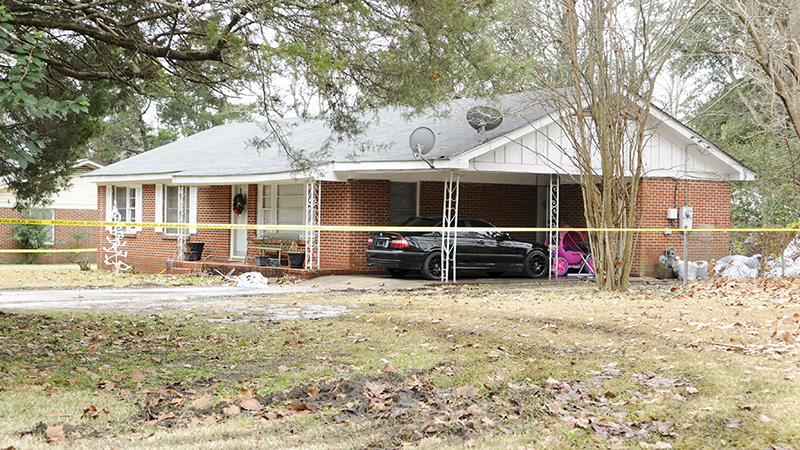 Michael Stone, a 32-year-old California man that was living in Selma over the last few months, was shot and killed inside this Summerfield Road home Tuesday night. (Blake Deshazo | Times-Journal)

A 32-year-old California man was shot to death Tuesday night inside of a home on Summerfield Road, marking the city’s first homicide of 2018.

Lt. Tory Neely with the Selma Police Department’s Criminal Investigations Division identified the victim as Michael Stone, 32. Neely said the homicide appears to be a robbery or a drug deal gone bad.

“From the amount of narcotics we found inside the residence, it appears to be a drug-type activity house,” Neely said. “I don’t know if it was a bad drug connection, home invasion or robbery. We’re still checking into those details at this time.”

Neely said officers were dispatched to the 2500 block of Summerfield Road around 6:30 p.m. Tuesday night in reference to a gunshot victim.

“They discovered a 32-year-old male … that was shot several times –– once in the head and several times in the torso,” Neely said. “As far as we can tell, he’s been in Selma for a couple of months and has resided at this residence for a short period of time.”

According to Neely, Stone was taken to Vaughan Regional Medical Center and then transported to Baptist South in Montgomery, where he succumbed to his injuries.

Neely said Stone was shot four to five times with a handgun, and there appears to be multiple suspects involved. No arrests have been made at this point.

“It didn’t appear to be any type of forced entry, so I’m thinking maybe he knew the assailants or had some kind of contact with them,” Neely said. “There’s a lot of drug paraphernalia and drugs inside the house. Generally, there’s a lot of traffic that goes on in those types of houses.”

Investigators spent much of the night working the scene. Since daylight Wednesday morning, Neely said they have been canvassing the neighborhood and looking for any evidence that could have been left behind.

“We have recovered several videos from the neighborhood,” Neely said. “[There are] multiple suspects, and we learned that from video footage.”

Neely said drugs were found in nearly every room in the house.

“We found multiple gallon bags of marijuana and some powder cocaine inside the residence,” Neely said. “We also noticed there was a lot of smoking going on inside the residence. In several locations, there were ash trays and piles of burnt blunt cigars.”

Neely said evidence inside the home points to drugs being shipped to there.

Anyone with information is asked to call the Selma