By BLAKE DESHAZO | The Selma Times-Journal

A Selma man is behind bars for a spree of burglaries throughout the month of December. 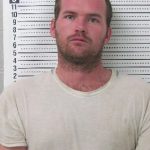 According to Sgt. Ray Blanks, 33-year-old Robert Justin Sanders was arrested on Dec. 29 by detectives with the Selma Police Department’s Criminal Investigation Division.

Sanders was charged with two counts of receiving stolen property.

According to Blanks, he and Det. Devan McGuire started investigating multiple burglaries in the area between Russell Drive and Al Jo Curve on Dec. 28 and were able to identify Sanders as the primary suspect after receiving surveillance video.

Blanks said they continued to investigate the case and were able to find an address for Sanders.

A search warrant was then executed on Sanders home where detectives were able to recover at least $4,000 worth of stolen items.

Blanks said the stolen items were lawn equipment and a large amount of garden and work tools.

Detectives were able to link some of those stolen items to at least three separate burglaries in that area.

Blanks said the case remains under investigation, and Sanders could face additional charges.

After his arrest, Sanders was booked into the Dallas County Jail on bonds totaling $30,000.

He had an arraignment hearing on Jan. 4 in District Judge Robert Armstrong’s courtroom.

Court records indicate Armstrong has recused himself from the case. Cecil Fields is listed as Sanders’ attorney.