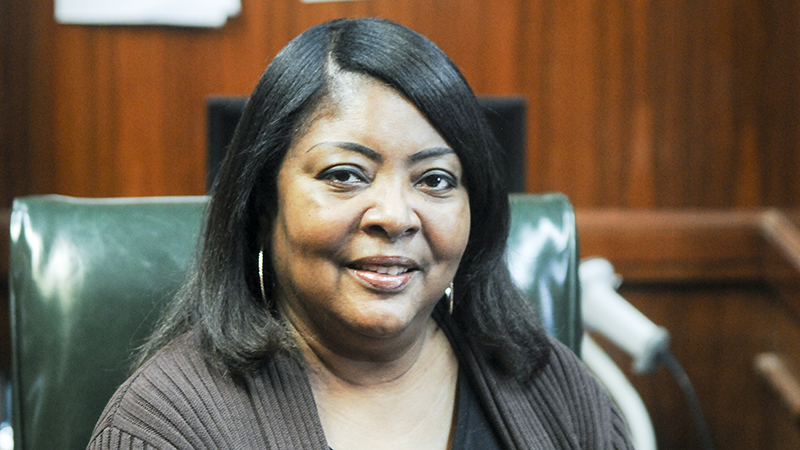 Circuit Court Clerk Cheryl Strong-Ratcliff will retire at the end of this month. Someone will be appointed to fill out her term through the 2018 elections.

The Alabama 4th Judicial Circuit will see a changing of the guard as circuit court clerk Cheryl Strong-Ratcliff will retire after decades of serving the public.

Strong-Ratcliff announced in December that she will be stepping down after Jan. 31.

Circuit Court Judge Marvin Wiggins will be making the appointment for her replacement, who will begin working early February. The appointed clerk will serve until after the 2018 elections.

Strong-Ratcliff has spent almost her entire life living and working in Selma. When asked about why she decided to retire now, she said she had been working long enough and wants “to have some me time.”

She worked in the courthouse for 42 years, starting with a work study program in the district attorney’s office in 1974. After attending Park School of Business in Denver for a year in 1975, she returned to the D.A.’s office in 1976.

After years working with the D.A., she was elected circuit clerk in 2000, beginning her tenure in 2001.

“My start here in the district attorney’s office helped prepare me for clerk,” Strong-Ratcliff said. “I would like to thank the citizens for allowing me to serve as your circuit clerk. It has been an honor and a privilege.”

Responsibilities of the circuit clerk include keeper of court records, finance records and documents of cases. They aid judges and administer vouchers to jurors. With the rising popularity of electronic filing, Strong-Ratcliff also worked with the IT department to ensure security of all documents.

Though she is proud of how she built her career, what she says she will miss the most is being able to help people in her community.

“Meeting people from all walks of life was my favorite part about the job,” Strong-Ratcliff said. “I am proud of helping different kinds of people. It has all been a pleasure to me.”

Current District Attorney Michael Jackson has had one of the longest working relationships with Strong-Ratcliff. They both worked in the D.A.’s office together, when he was an assistant district attorney, and she was a clerk for the grand jury. Jackson stressed the necessity of having a good clerk.

“She has always been very good at her job, even dating back to when we were both working in the district attorney’s office,” Jackson said. “It is important to have a clerk who knows what to do. Without one, the entire system would fall apart. I want to thank her for her many years of public service.”

While Strong-Ratcliff is ready to begin the next chapter of her life, those associated with her are sad to see her go. Circuit Court Judge Collins Pettaway Jr. has fond memories of Strong-Ratcliff from her time in the D.A.’s office and as clerk, saying she is “a professional who will be greatly missed by everyone.”

Renda Thomas has known the clerk since back in their high school days where they attended R.B. Hudson High and Selma High together. She is now employed by the circuit court as a court specialist 3. Strong-Ratcliff serves as her supervisor.

“She has always been a very fair supervisor who listens to the concerns of all her employees,” Thomas said. “I have known her a long time and really hate to see her go. However, I am always happy to see people leave while healthy.”