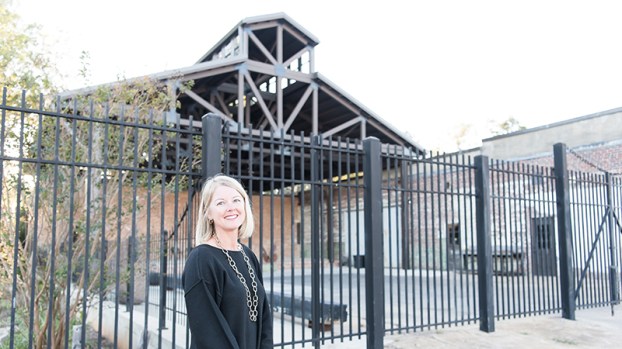 Before entering the art world, Becky Youngblood worked as a civil engineer.

At the end of every season there is a change. The upcoming retirement of ArtsRevive executive director Martha Lockett initiated the transitional period to bring in a new leader for the non-profit organization.

This past October, the ArtsRevive board of directors selected Becky Youngblood to be its next executive director.

“I’m excited,” Youngblood said. “It’s going to be a challenge, but I’m really looking forward to it.”

Through the immediate transition period, Lockett will finish the year and guide Youngblood into her new role.

“In that time, the ArtsRevive board has undertaken a really intensive strategic planning process, which has focused on the main goal of economic and community redevelopment in Selma,” Lockett said.

ArtsRevive’s objectives are to provide learning opportunities in the arts, support local artists, develop Selma as an art destination for tourism, create an arts and culture district downtown and become community builders.

“Everything [the board] has done since early 2013 has fallen under one of those goals,” she said. “Becky is stepping in now where most of the work for the financing the capital campaign has been done. She’s going to have a different kind of mission. Her job will be to reach out to the community and find out what the community would like to have.” 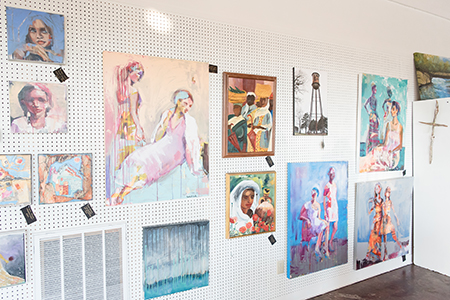 As the new executive director, Youngblood will oversee the renovation of the Cultural Arts Center, design year-round programming, open a community garden and provide a work place for local artists.

“I’ve been affiliated with the ArtsRevive for years, and one of the most impressive things about ArtsRevive is they do what they say they’re going to do,” Youngblood said. “I look forward to continuing that commitment to this community.”

A change of direction isn’t a new concept for Youngblood, who has taken an interesting route to become the leader of Selma’s local art scene. She grew up in Brewton, a small town in Escambia County just above the Florida panhandle. She graduated from The University of Alabama with a degree in civil engineering with an environmental certificate in 1997.

Three years later she married Selma native Lee Youngblood IV, and they moved back to his hometown once he completed his residency in anesthesiology.

“I was an engineer for years, but then I had a bunch of children,” she said laughingly. “The economy kind of bottomed out in 2008 and environmental regulatory compliance wasn’t the priority that it was before.”

While working in retail, she recognized her interest in bettering her community and improving quality of life. Youngblood acted on her instincts and soon became a board member for ArtsRevive. Soon after, she was charged with opening and managing the organizations new art gallery, Gallery 905.

Youngblood has successfully managed and improved Gallery 905 for the past two years. The number of artists using the gallery has nearly doubled since it opened.

“In the beginning, I had to seek out the artists,” she said. “Now, the artists are seeking us out, which is a big improvement.”

Now that she’s stepping away from her role as manager, Becky’s responsibilities will expand to handling all of the other projects ArtsRevive currently has underway.

“I think art is one way that you can bring people together,” Becky said. “You can appreciate art whether you’re poor or rich, green or purple. It’s fun and I’ve really enjoyed learning everything I’ve learned from running the gallery about art.”

One of her main projects will be to open Create Space within Gallery 905. ArtsRevive will charge artists a reasonable rent, so they can work in the communal workspace and display their art. In exchange for the low rate, the artists must offer something back to the community like providing art lessons at the gallery, according to Youngblood.

“We’d like for it to be a communal art space where artists can communion with each other and leave their work out all the time,” she said.

ArtsRevive is also planning to open a community garden where they can host concerts, parties and more in an open environment. The garden will be adjacent to the Gallery 905 building.

One of Becky’s first projects in her new role, will be organizing a community mural painting. ArtsRevive is going to have a contest for local artists to create a design on the road barricades outside of Gallery 905. Once the winning design is selected, members of the community will be able to come together and create a mural of their own.

“That’ll be one of the first things we do on my watch, and I’m really looking forward to it,” Becky said. “Then everybody has ownership, and the city has agreed to leave it until 2020.”

All of the exciting new projects ahead for ArtsRevive still fall under Becky’s primary job, which is creating and organizing programming for the Cultural Arts Center, Gallery 905, Create Space and all the other functions of the organization.

Fortunately, Lockett is guiding Becky through the end of the year so the transition can be smooth.

“She’s not going to throw me to the wolves,” Youngblood said. “She’s very good at bringing in the money. She’s well-liked by people all over that’ve helped ArtsRevive to be what it is today. Martha Lockett did an excellent job. They’re some big shoes to fill, but I’ve been told that I’m not going to walk in her shoes if I don’t walk in mine. So, we’ll see about that adventure.”

Lockett trusts that ArtsRevive is remaining in good hands. The changing of the guard will bring new ideas and strengthen what has already been established. Becky’s season will begin in 2018, and ArtsRevive will continue moving forward from there.

“She’s a good person to be stepping in at this point,” Lockett said. “She has an ability to sit and listen and really hear what people are saying.”