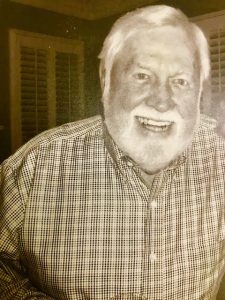 Ed was born in Ludlow, Kentucky, and at the age of 12 his family moved to Selma.

During his senior year of high school, he courted Cordette Keith. They married two years later in 1953, during their sophomore year at Auburn University. Ed interrupted his education by joining the Army for two years of service.

He graduated in 1957, moving to Birmingham where he began his career in the commercial hardware business. His son, Eddie and his daughter, Susan were born in 1959 and 1961.

He started Hardware Services and owned it from 1963-1998. His later years were spent working with his son at MegaMet, Ind., a business they started together.

Ed was a fun-loving man who took great delight in showing others a good time. He treated his family and friends to good times at his lake house and his mountain house. Doing for others and making them happy is what made him happy. Ed loved golf and he was very good at it. Although he would never tell anyone, he was known for “shooting his age.”

He was a long-time member of Hoover County Club and more recently, Ballantrae Golf Club. Ed was most sad to leave his family and friends but look forward to see many who had gone before him, especially his young daughter, Caroline.

He was a faithful member of Mountain Chapel Methodist Church where his memorial will be held on Tuesday, Dec. 19, 2017, at 11 a.m. Burial will be the next day on Wednesday at noon in Selma at Old Live Oak Cemetery.