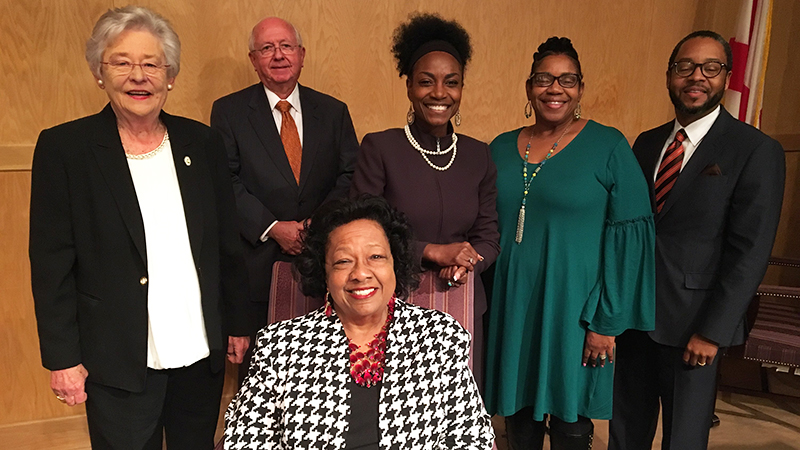 After nearly four years of being under state intervention, the Selma City School System has been released.

The Alabama State Board of Education passed a resolution Thursday morning during a board meeting officially releasing Selma from intervention.

“It’s a feeling of relief,” said Johnny Moss, chairman of the Selma Board of Education. “It just takes the negative connotation off of the school system so to speak. It was just a dark cloud that followed us until today.”

The Selma system was placed on intervention by the State Board in February 2014 after the Alabama Department of Education launched an investigation into allegations of sexual misconduct between teachers and students.

Dr. Dee Fowler, chief of staff for the state superintendent, recommended that Selma be released from intervention Thursday morning.

“We do recommend to you, Dr. [Ed] Richardson, without reservation, that Selma be released from intervention,” Fowler told the board.

“The petition stated that Selma was in compliance with the Board Governance Act, Students First Act and the Physical Accountability Act, that Selma had successfully implemented a five-year corrective action plan and successfully met all of the requirements stated in the state board’s resolution for release of intervention,” Fowler said.

The board then voted unanimously to release Selma from intervention, which was followed by a round of applause from the audience.

Moss, superintendent Dr. Avis Williams and board member Brenda Randolph Obomanu were at the meeting.

“It’s just exciting because it gives us an opportunity to move forward without that dark cloud following us around,” Williams said.

“It’s unfortunate in terms of what’s happened in the past, but with a new school board and new superintendent, it’s nice to be able to move forward and work under our own merit.”

“It closes a chapter in the school board history, and we’re excited to move forward and continue to do great things for the children of Selma,” he said.

Moss said getting off of intervention has been a lot of work, but that it won’t be the end of their work.

“We’re still doing what we need to do to improve academics and continuing to make sure the students are safe,” he said. “It’s just a sigh of relief to actually cross this hurdle.”

Williams, who has only been on the job since October, said she is excited about the future of the school system.

“I’m excited about working with our board to develop a new strategic plan and just really set a new direction and vision for the school district,” she said.